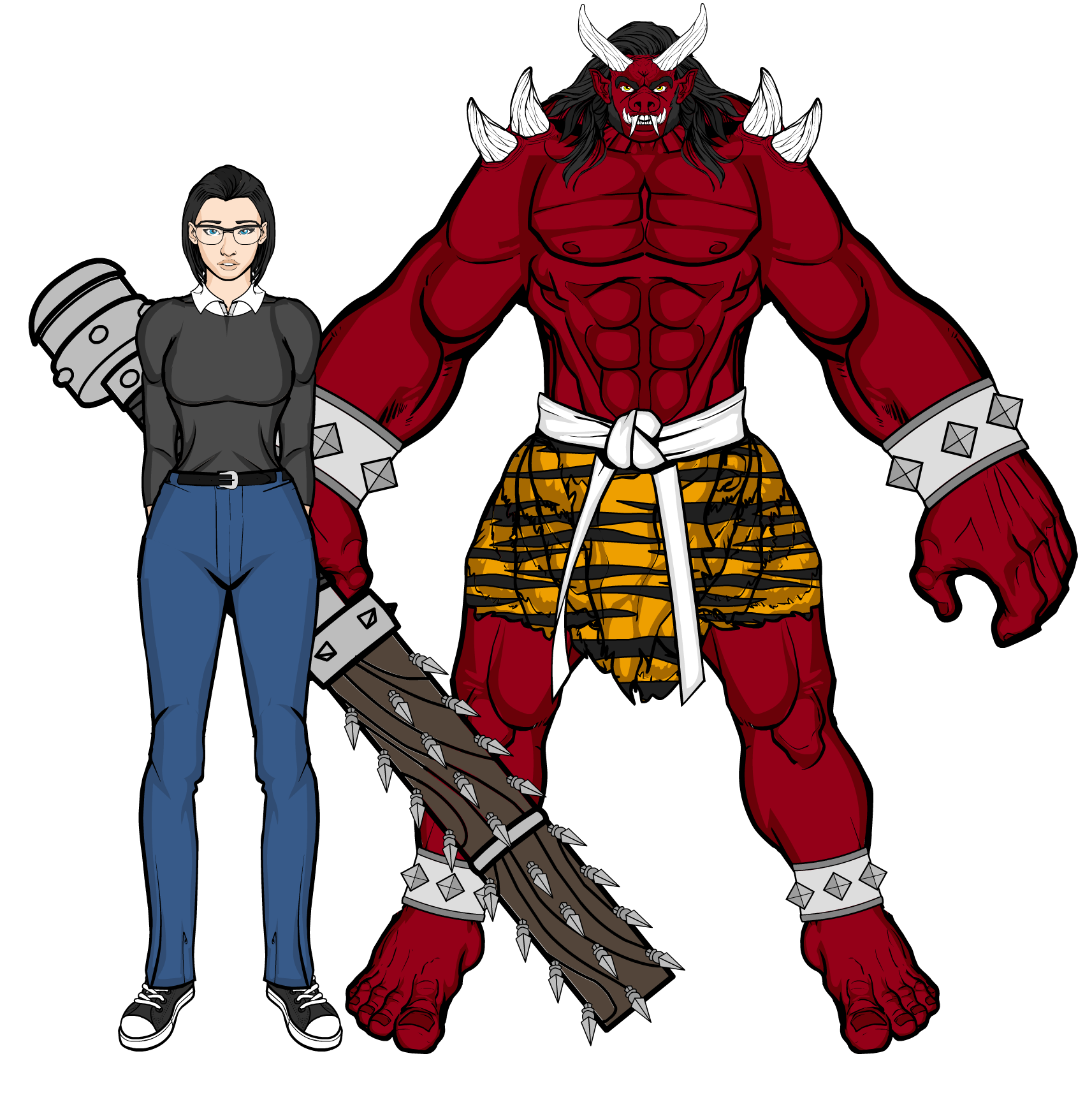 In Japanese legend, Oni are wicked humans transformed into demons upon arriving in hell. They form the army of the underworld and deliver punishment to other wicked souls in hell. However, sometimes there are people who do deeds so unspeakable that they are cursed to become Oni in life. And then, there was Daisuke Kuromoto, a man so evil that not only was he cursed to become an Oni, but 12 generations of his direct descendants were also to be afflicted by the same curse. Over the last 300+ years, the curse has weakened, from being a permenant transformation upon reaching the age Daisuke was when he was cursed, to being temporary but eventually becoming permenant over time, but it still remains.

Megumi is part of the last generation of Daisuke’s line to be cursed. Being so far removed from the original curse, it is unlikely she will eventually become a full Oni, but she is still cursed. Whenever she feels strong negative emotions she transforms into a large, red skinned, horned demon man that can only think of violence and pain. She’s tried yoga, meditation, hypnosis, anything to keep her emotions in check, but the Oni always finds his way out.