JR19759
Keymaster
Werewolf Group Behaviour: Generally speaking werewolves are not social creatures, despite being a combination of man and wolf (two highly social species). Often however, this is by choice rather than an natural instinct. They are highly aggressive by nature and often attack anything they sense come into their territory, be it a member of their own kind or prey. In light of this, most people afflicted with Lycanthropy will isolate themselves away from others during a full moon in an attempt to prevent themselves hurting anyone, therefore forcing a solitary lifestyle onto their wolf form. However, it is not unheard of for higher functioning werewolves to seek out other Lycanthropes and form a pack. Sometimes this can happen naturally, say, if a family are all infected, then they will function as a pack when transformed, operating in a simular way to wolves in the wild. However, if a pack is formed unnaturally, through a group of unrelated Lycanthropes coming together in a group, then the pack will behave much more like wolves in captivity. The group will be beset by infighting, with the strongest male and female becoming the dominant/ alpha members of the pack. The alphas will often face challenges by other members of the group, but a strong alpha pair can create a highly dangerous pack, much more violent and unpredictable than a family pack. 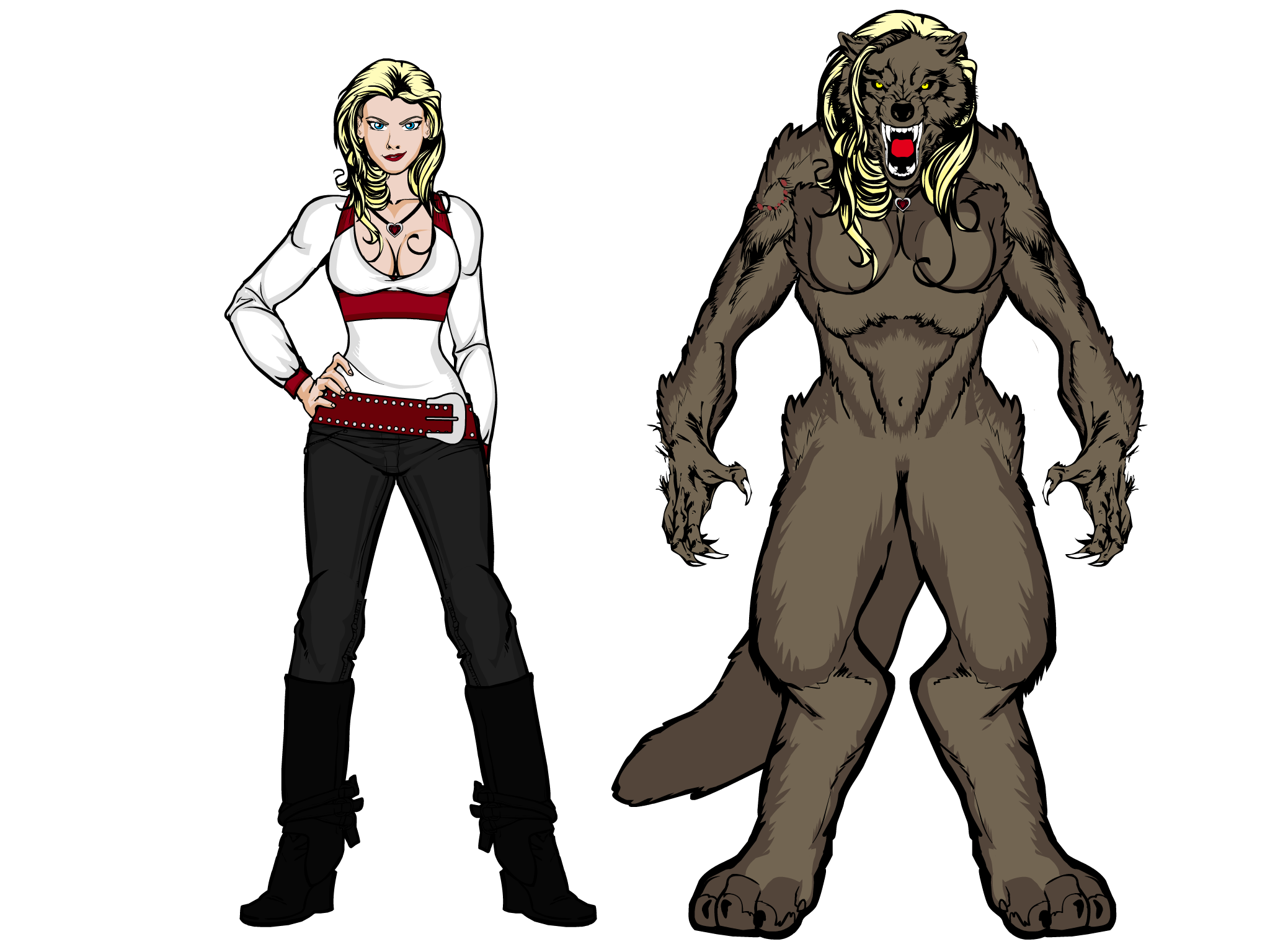 Melissa Carson was always the queen bee where-ever she went. Prom Queen at high school, star of the cheerleading squad at college, with rich parents, a big house and her little miniature terrier named Lola. And of course, with having everything came the bad attitude, the bitchy brattiness that only the truely spoiled can pull off. So one might expect that her life fell apart when she got bitten by a werewolf right? Well, appart from eating Lola in her first full moon, no, nothing changed. Still queen bitch, she managed to learn to control her transformations remarkably quickly, and though she can not  control her wolf instincts fully whilst transformed, she still retains a lot of her human intelligence. It is, of course, possible that she very well could control her instincts, but that she enjoys acting upon them. Her aggressiveness, intelligence and natural drive for influence has allowed her to become the alpha of her pack, a surprising turn of events considering that Melissa is rather small for a werewolf when in wolf form and would not be able to defeat many of the larger females in her pack should any chose to challenge her. She goes out of her way to exert her dominance on her pack even when in human form, which may go some way to explaining why she remains in her position despite her physical weakness. 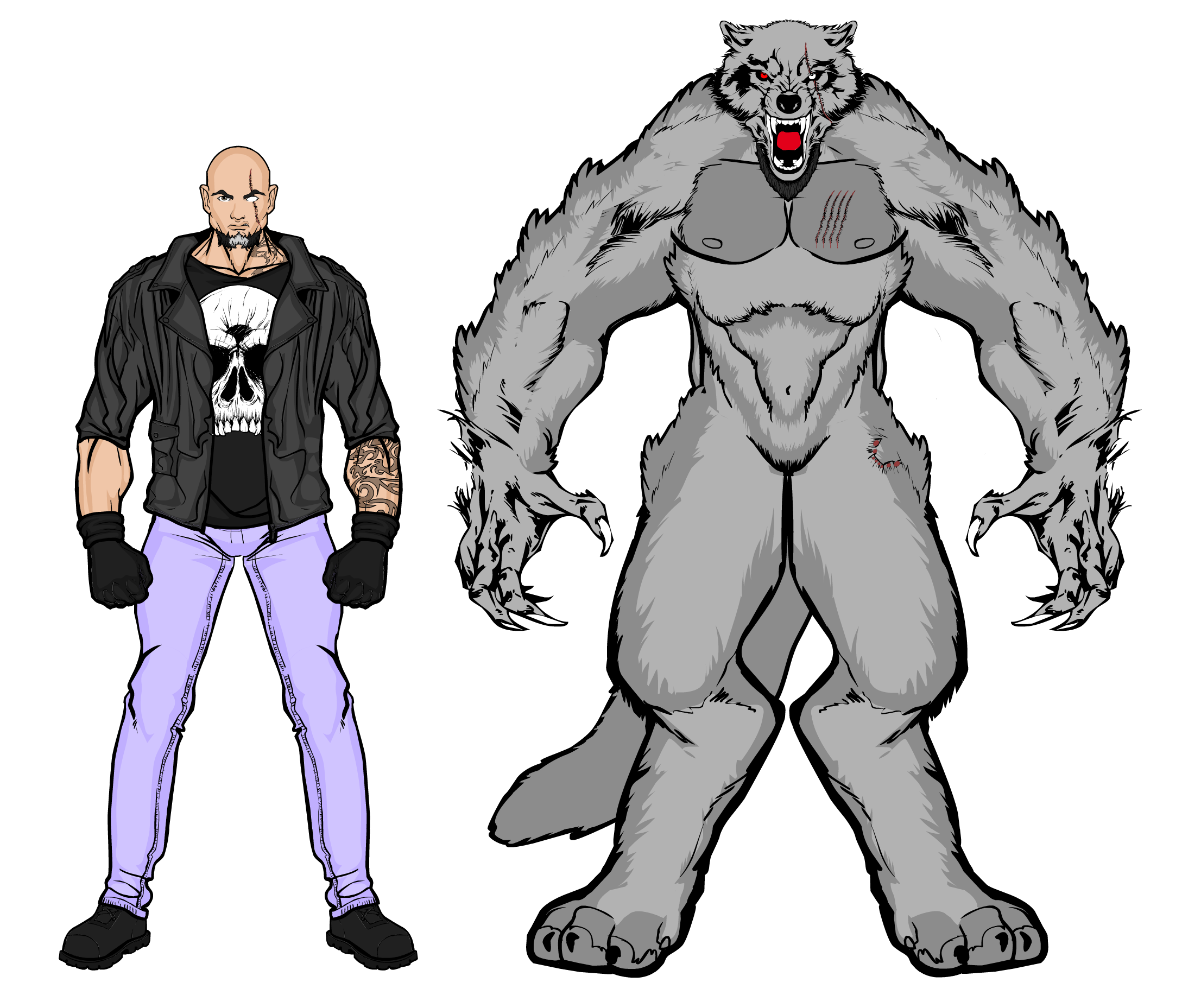 Brodie Wolfe is a nasty piece of work. He was a thug growing up, spending time in and out of youth detention centres and he hasn’t grown any better as a person as an adult. What he has done though, is become a werewolf. During his most recent stint in prison, he was unlucky enough to not discover that his cellmate was a werewolf until the first full moon. The guards put down his cellmate and had Brodie restrained and in solitary for the rest of his time. Of course, solitary didn’t help his temprement and Brodie underwent some truely monsterous transformations, causing himself significant damage in the process. However, one thing kept him sane, learning how to control himself when transformed. Once he was released, he managed to slip under the radar and start a new life for himself. He found himself a pack and quickly became its alpha, brutally dealing with any who would challenge him, often with fatal consequences for the other wolves in his pack. Local law enforcement blamed his crimes on real wolf attacks and Brodie would become more brazen, eventually even catching the ey of the SRC. 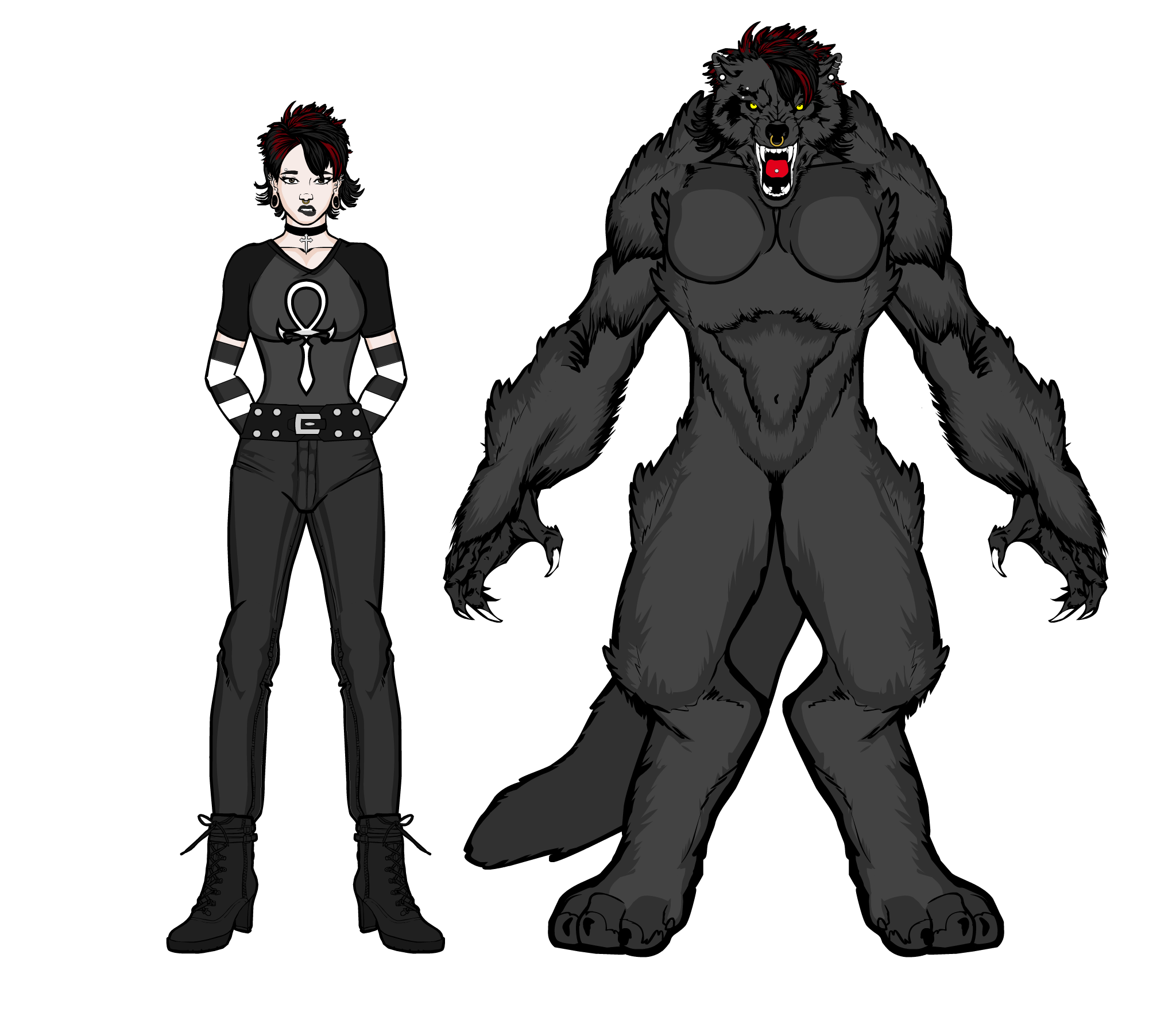 One of Melissa Carson’s old school “friends”, Felicity Mcleod was pretty much just a target for Melissa to take shots at, never cool enough for Melissa to acknowledge any real friendship towards but always kept around so Melissa and her “cool friends” could have someone to look better than. Felicity thought she had escaped when Melissa went away to college, but no, Melissa came back and wanted to reconnect with all her old “friends”. And then Felicity discovered her old “friends” secret, that she was a werewolf and was only reconneting with people she knew so she could make them part of her pack. She saw Melissa transform during the full moon, so Melissa attacked her and bit her (across the back of the neck), to ensure that Felicity couldn’t tell anyone. Now Felicity is pretty much Melissa’s servant, both in the pack and in everyday life. However, Melissa is secretly quite scared of Felicity when she is transformed. Felicity is the largest female in the pack, large enough to even rival Brodie in terms of raw strength. However, Felicity’s subservient behaviour makes it highly unlikely that she will challenge Melissa for title of alpha female.