I’ve been watching the Lone Wolf and Cub series which inspired me to remake my ronin and reluctant mercenary, Akira Hayazake. 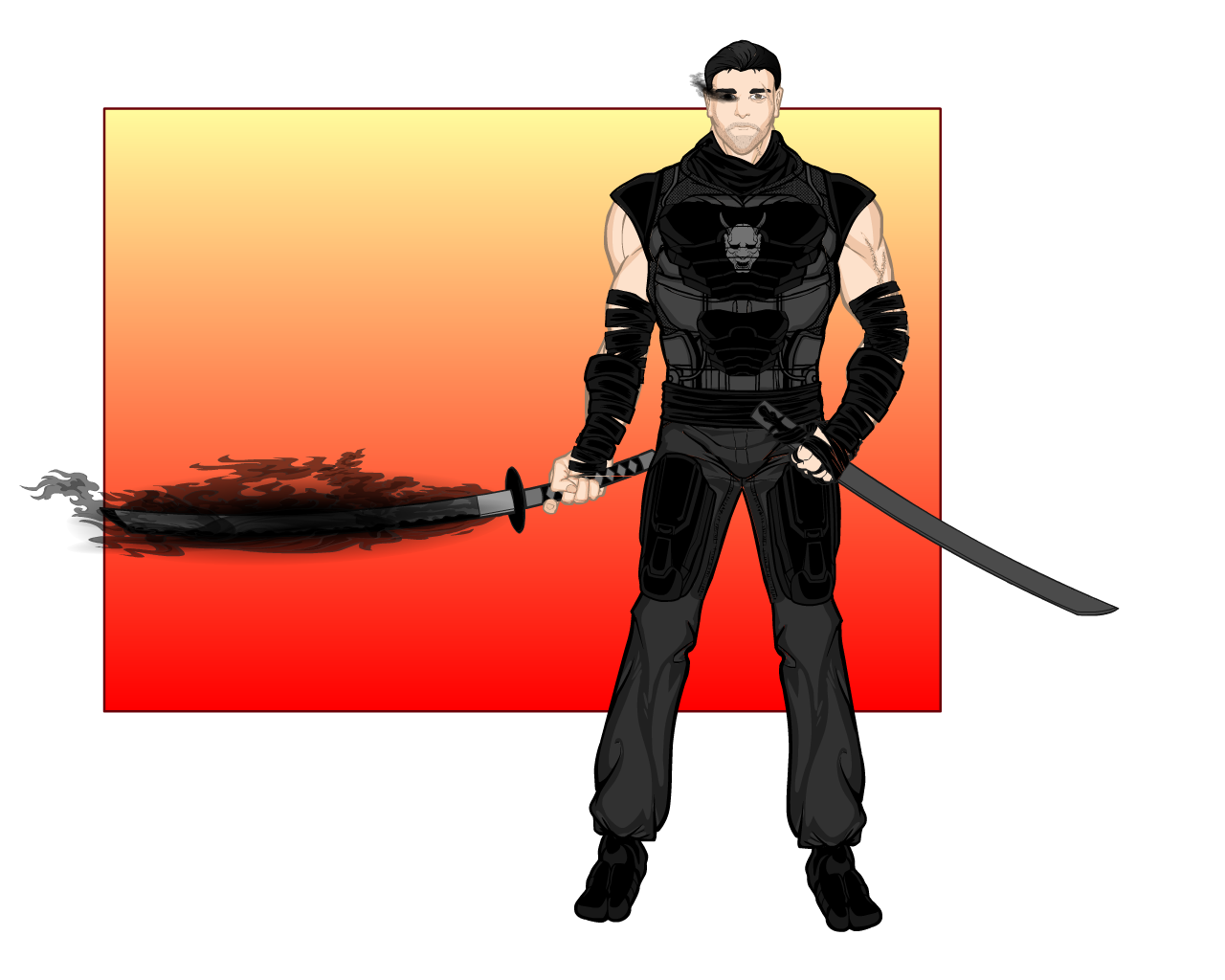 Akira wields the Enma blade, a cursed sword which holds the demonic soul of its original owner and Akira’s ancestor, Enma Hayazake. Enma was the shogunate’s private assassin and thug, murdering hundreds, mostly innocents, and reveling in the bloodshed. His soul was so twisted that he became one of the few demons born while the body was living. This only gave him more power to do his bloody work. When he died, his demonic soul was trapped in the blade.

Enma possesses anyone who holds the sword, forcing them to spill blood to feed his desires and give him power. Akira, as his descendant, is able to control the blade and keep his mind, though his bloodlust is increased. The sword gives him strength and the ability to control demonic energies. He uses the sword as an assassin and mercenary, though he is still a man of honor, only turning his blade on those who deserve it. He figures this way, less innocent people will have to die thanks to his accursed bloodline.