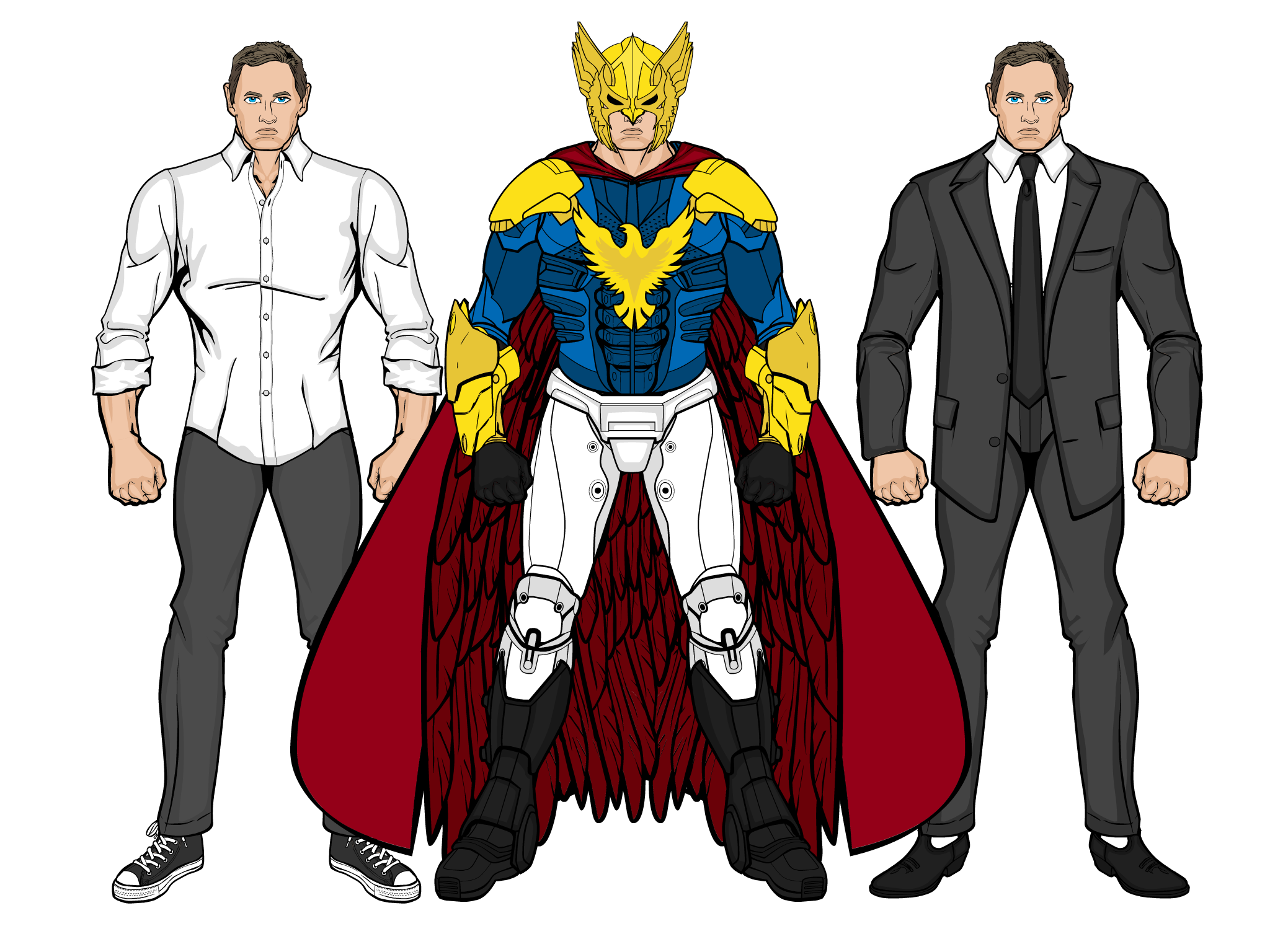 One of a pair of superpowered twins born to high priced attorney Laurence Walker, Lance is the younger of the two by about half an hour, something his sister Leigh never lets him forget and will often tease him about. More straightlaced and serious than his relaxed and cheerful sibling, Lance ended up following his sister into the world of superheroics out of fear for her going too far and needing someone to be the voice of reason. Lance definately takes his heroic activities very seriously, he sees them as a means to an end and a good way to ensure that justice is done if it can’t be dealt in his day job as an attorney. Unlike his sister, Lance joined his fathers law firm straight out of university and has worked his way up to being the firms star lawyer, having won numerous high profile cases. He does sometimes feel guilty about some of the clients the firm takes on, he has had to defend some pretty unsavoury characters before simply because they can afford to pay him, but he is more pragmatic than his idealistic sister and believes that justice will always be served in the end, whether in the court or not. His biggest fear is that his dad will find out about the twins vigilanteism, of which he would most certainly disapprove.

Random Extra Fact: Lance is gay. Though his father was “resistant” to the fact at first, he has since come round and has instituted a policy at the firm that none of their lawyers will defend clients accussed of hate crimes or other illegal prejudicial acts.