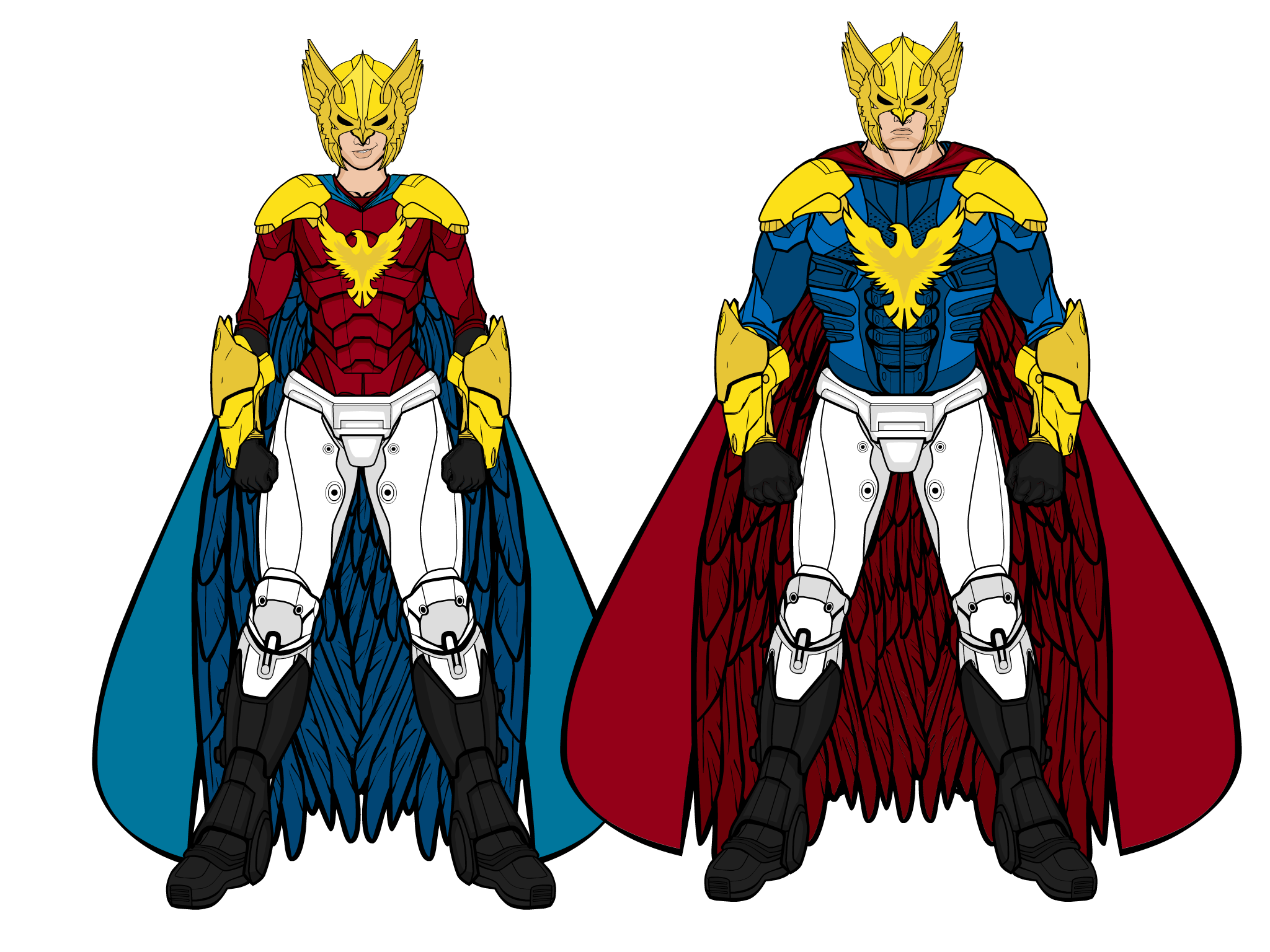 So, these two. Around 2 weeks ago, I posted on my Deviantart page that I was redesigning King Hawk and Queen Eagle and wanted suggestions on what to change their names to (as those original names are objectively crap), and I got a few suggestions, but it was AMS who put me on the path that I eventually went down (although I went with the name of an eagle + another different genus of raptor rather than hawks as he suggested). Now I designed Harrier (formerly King Hawk) first and went with a design inspired by my character Condor from a few years ago. Then I went a gave him the colours of the last redesign I done and it came out as Bird-Themed Uber American Patriot.Character, which wasn’t what I’d intended and super doesn’t fit the character. I messed around with a few variants, including ones based on the plumage of birds of prey, but nothing really worked, so I ended up going back and just running with the original colour-scheme with some minor changes (most majorly, changing the legs to be white instead of black, to fit in with Harpy’s design). Both colour-schemes are still a little “America Bird”esque, but what can you do?

One thing I will say is that I found inspiration for a pretty neat villain design whilst trying to come up with new names for these guys, so you all have that no look forward to in the not-so-distant future.