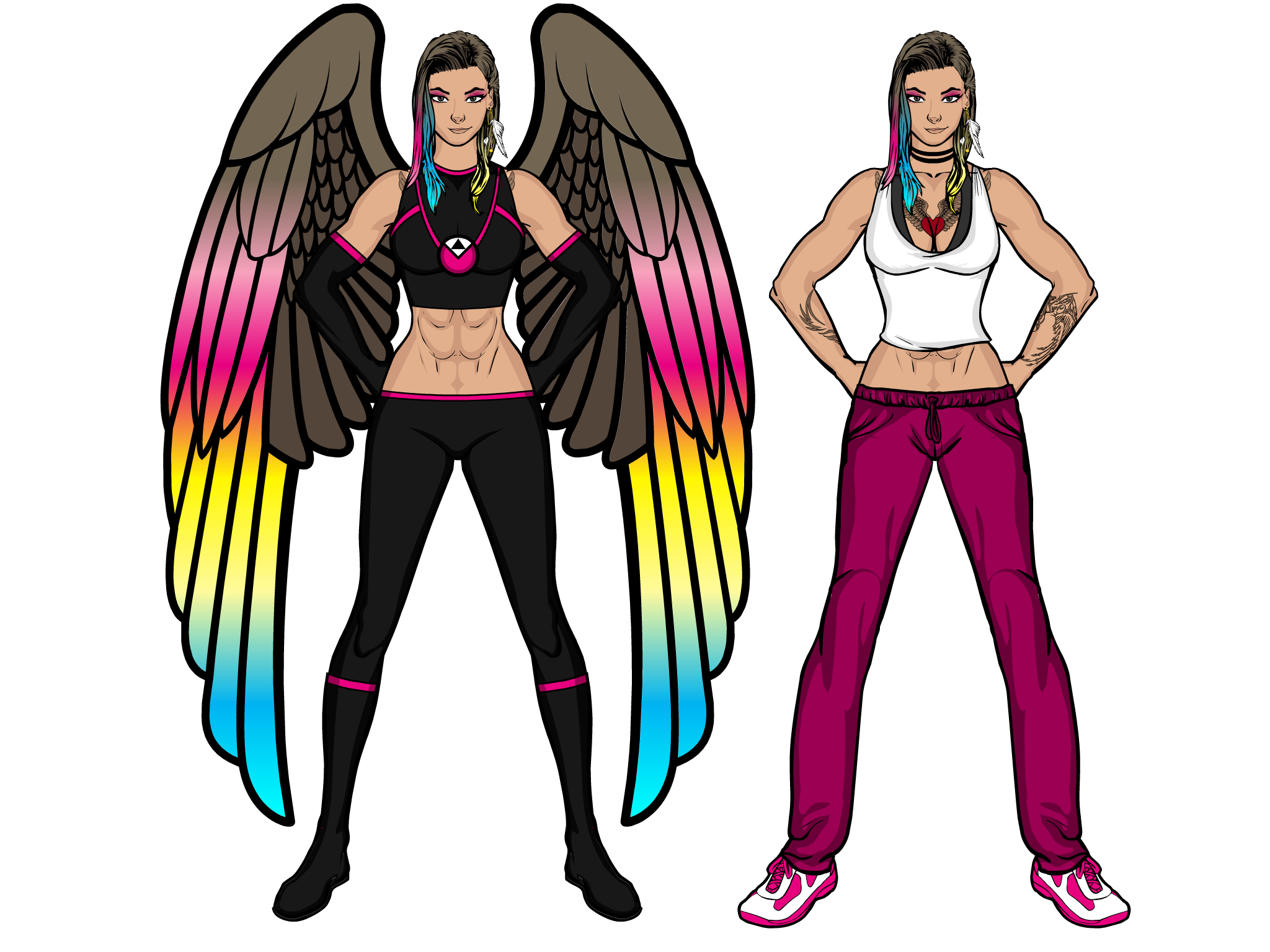 How best to describe Nicola? Well, if you had to describe her in one word it would be: Energy. If you had to describe her in two words they would be: CALM DOWN! Nicola is very much a “doing” person, she’s always doing something, always active, never stopping for one minute (sometimes not even to sleep). She loves sports (she was a track star back in high school) and is always trying to make people happy, even if she can sometimes over step the line (personal space and boundries aren’t so much a thing for Nicola, they’re more… non-existant). She’s also pansexual because, as she puts it, “what’s the point in being picky” and, oh my god, is she a flirt (as literally every member of the Pride team can attest to, even Michael, which was both hilarious and awkward). However, when she does slow down, Nicola can be an increadibly insightful person and an excellent listener. She comes from a large family, with an elder brother and sister, a younger brother and around 20 cousins. The family gatherings are loud, cramped and, above all else, fun. But there’s a reason why Nicola is the way she is. If she gets into a dark place (which isn’t as hard as you’d first think), she goes in deep. Fortunately, since her powers emerged, there has been one thing that has proven to be a pretty sure-fire way of cheering her up from her less sanguine moments; flying. She loves being able to soar through the air and the freedom it brings (she only ever wears backless tops now, so she can spread her wings at a moments notice). She was the second to last member to join Pride, first meeting Melissa in a club after drunkenly showing off her wings on the dancefloor and then trying to flirt with her. I mean, it got her number, so I guess it worked right?