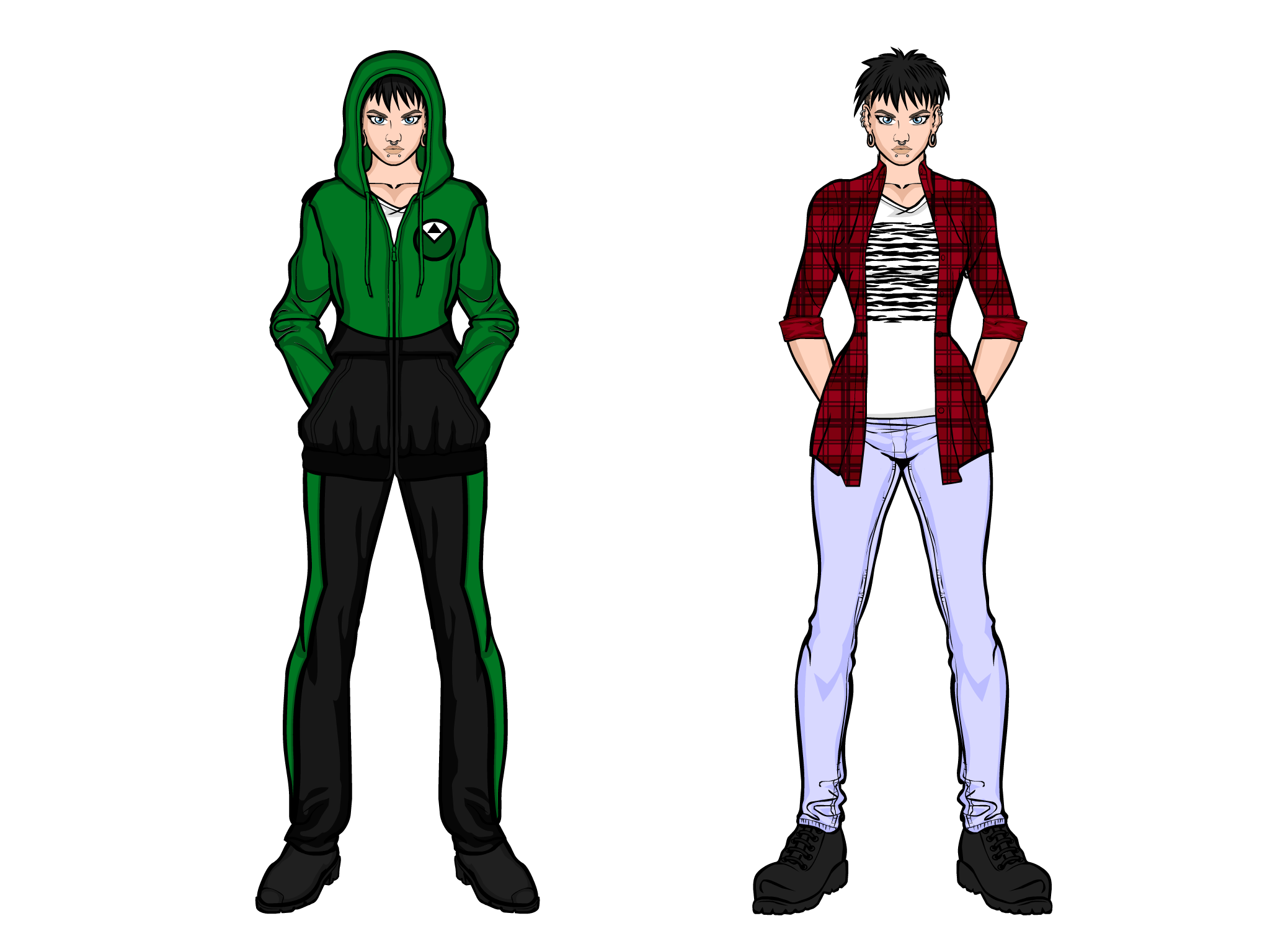 Jen’s life before joining Pride is a tale of two halves. Raised in a devout Catholic family, Jen was expected to behave  like a good God-fearing girl, do as they were told, go to church, say their prayers and eventually get married to a nice guy and raise a family. But as Jen grew older, they began to question a lot of what they had been brought up to believe. This really came to a head during Jen’s teenage years. Alongside a growing realisation that they didn’t really identify with the prescribed gender roles being enforced and the struggles of being Non-Binary in such a strict environment, Jen got kicked out of the expensive Catholic school that their parents had sent them to after being found to have smuggled cigarettes into the dorm. It didn’t help that a backcatalogue of talking back, questioning the sanctity of the bible and general disobediance had been building up gradually, but this was the last straw. As one might expect, Jen’s parents were not best pleased about this… and then things really kicked off. In fairness, Jen didn’t exactly help the situation, a few things probably shouldn’t have been said, but it all ended up with Jen being kicked from the house and invited to not return until that attitude problem had been fixed. Jen, being what could best be described as very stubborn, hasn’t spoken to their parents since. Unfortunately, things would only get worse from there. Jen’s time of the streets was rough and they don’t really like to talk about it now, but it all culminated in a suicide attempt around Jen’s 18th birthday, where Jen threw themself off of a roof onto the pavement below. It was at this point that Jen’s ability to heal from practically any injury manifested, which really sucked apparently, because Jen still feels pain and doesn’t heal instantly. It took them a days of pain to fully heal from all of the broken bones and torn up insides. However, after they healed, the knowledge of their powers made Jen reckless. They started acting more and more dangerously. Fortunately, it seemed as though fate intervened before Jen got into any more serious trouble as by coincidence they ended up staying at the same shelter that Tavio Fernandez happened to frequent when he was also living rough. The two formed a close bond (Jen now sees Tavio as almost like a brother, because he’s helped them out of so much and pretty much never let Jen down), so when Tavio and Melissa Ashford formed Pride, Jen was an obvious member.