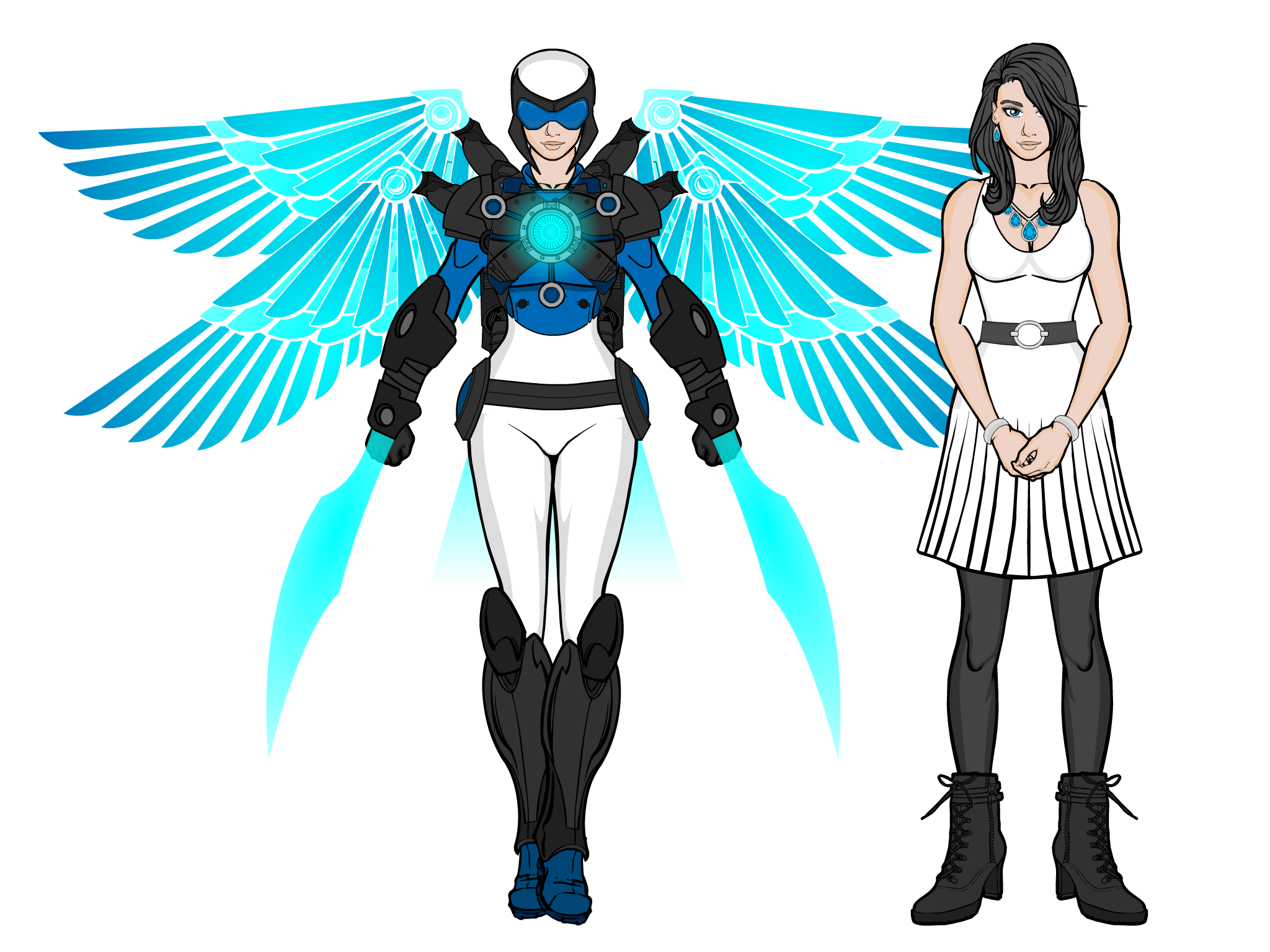 Name: Angella Jacobson
Codename: Angel
Powers: Alien Physiology- Ability to breath in airless environments, High resistance to pressure disparity, Superhuman Strength, Extreme Resiliance to Damage, Superhuman Reflexes. Power Harness Assisted Flight
Bio: The child of an alien warrior and a human woman, Angella inherited a lot of her fathers natural abilities, as well as a fair amount of alien tech. As a child she was forced to hide her powers, for fear of the governement or a corperation finding out and taking her away to be experimented on, but as she grew older she found it harder and harder to hide them. She eventually was forced to go public when she managed to rescue an entire sites worth of workers in the aftermath of an industrial accident in a building site in her home town. She has since started using some of her fathers equipment, most notably a power harness that allows her to fly and two laser blade gauntlets, to help with her heroics and was invited to join The Protectors fairly early on in her career.
Random Extra Facts:
– Angella grew up without knowing her father and all she or her mother knows about what happened to him is that he left to go back to space. It is unknown what species he was or what planet he came from, as no species documented have the genetic signature or abilities that Angella displays.
– She discovered that she could survive without oxygen when she was 6 years old. Her mother took her to the beach and she got swept out to sea. Fortunately, after being sumerged for around 10 minutes, she was wash back to shore none the worse for wear. Of course, she was less phased by the incident than her mother was, who was in hysterics when they were final reunited.
– Despite her beach experiance as a child, Angella loves swimming, probably because she can stay underwater for as long as she wants. She prefers swimming in open water as opposed to pools, she says its because she likes the fish.
– She has the biggest collection of shoes out of any of the girls in The Protectors and she loves jewelery with sapphires on.

– Angella was actually the second choice for her spot on The Protectors team. The first choice, the French superheroine Terre, turned down the invitation, so Angella was contacted instead. Terre would eventually go on to become the supervillain Gravité, so it was probably for the best that Angella joined instead.