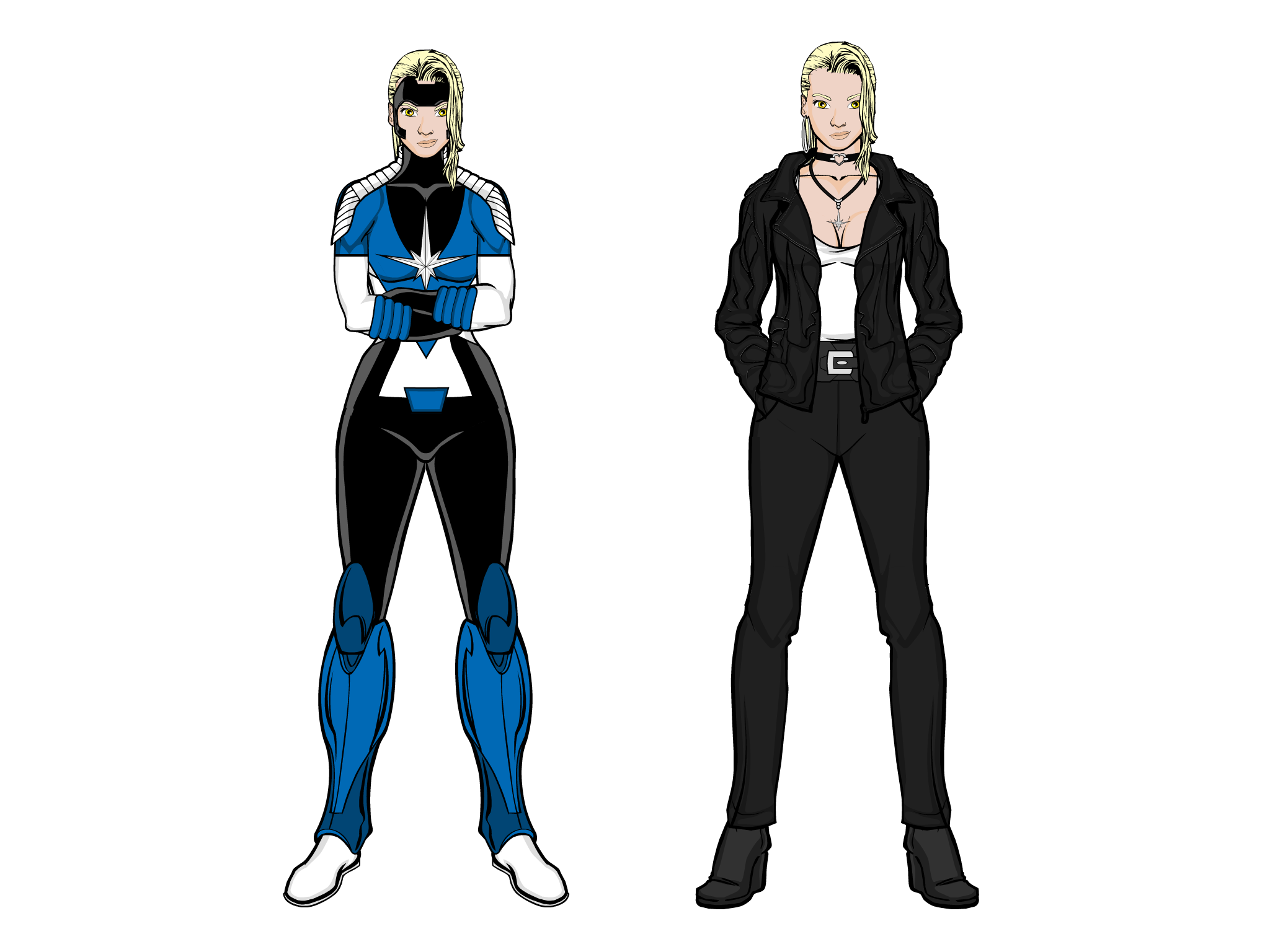 Name: Maria Langley
Codename: Andromeda
Powers: Flight, Cosmic Energy Projection
Bio: One of two superhuman daughters born to a small town store owner, Maria was always very down to Earth and kind, a trait which carried on through to her days as a superhero. An original member of The Protectors, she was a beloved member of the superhero community and one of the most popular members of the team with the public, something which confused Maria and left her somewhat intimidated, not being used to so much attention. However, she went missing after The Protectors last mission. Presuming Maria to be dead, the team split up in the aftermath. However, Maria wasn’t dead, she had somehow been transorted across space. Gaining a new perspective on life after her travels in space, as well as a buff to her existing powers, Maria returned to Earth and helped form a new iteration of The Protectors.
Random Extra Facts:
– Maria’s younger sister Casey went on to become the hero Impact under the tutelage of Maria’s former Protectors team-mate Paragon. Casey would eventually inherit Paragon’s powers and name on her mentors death at the hands of the galactic tyrant Omnion.
– During her time in the original incarnation of The Protectors, Maria started dating her team-mate The Titan, James Rush. Their relationship came to an unofficial end when Maria went missing, though since her return they have tried to rekindle that spark that they had originally.
– Maria can play the piano. She took classes as a child, but never really viewed it as much more than a hobby. She still likes to play, but gets embarrassed when playing in front of other people. According to The Titan, she also has a lovely singing voice as well, but she is even more reluctant to show that off than she is her piano playing.
– She loves dogs. Her family had two labradors when she was a child, named Buddy and Rolo.

– She keeps a small chunk of moon rock with her at all times as a good luck charm. On her way home from space she stopped off on the moon to look at the Earth and decided to take a little bit of outer-space home with her, to remind her of how small yet beautiful our planet is and how it felt viewing it from space.