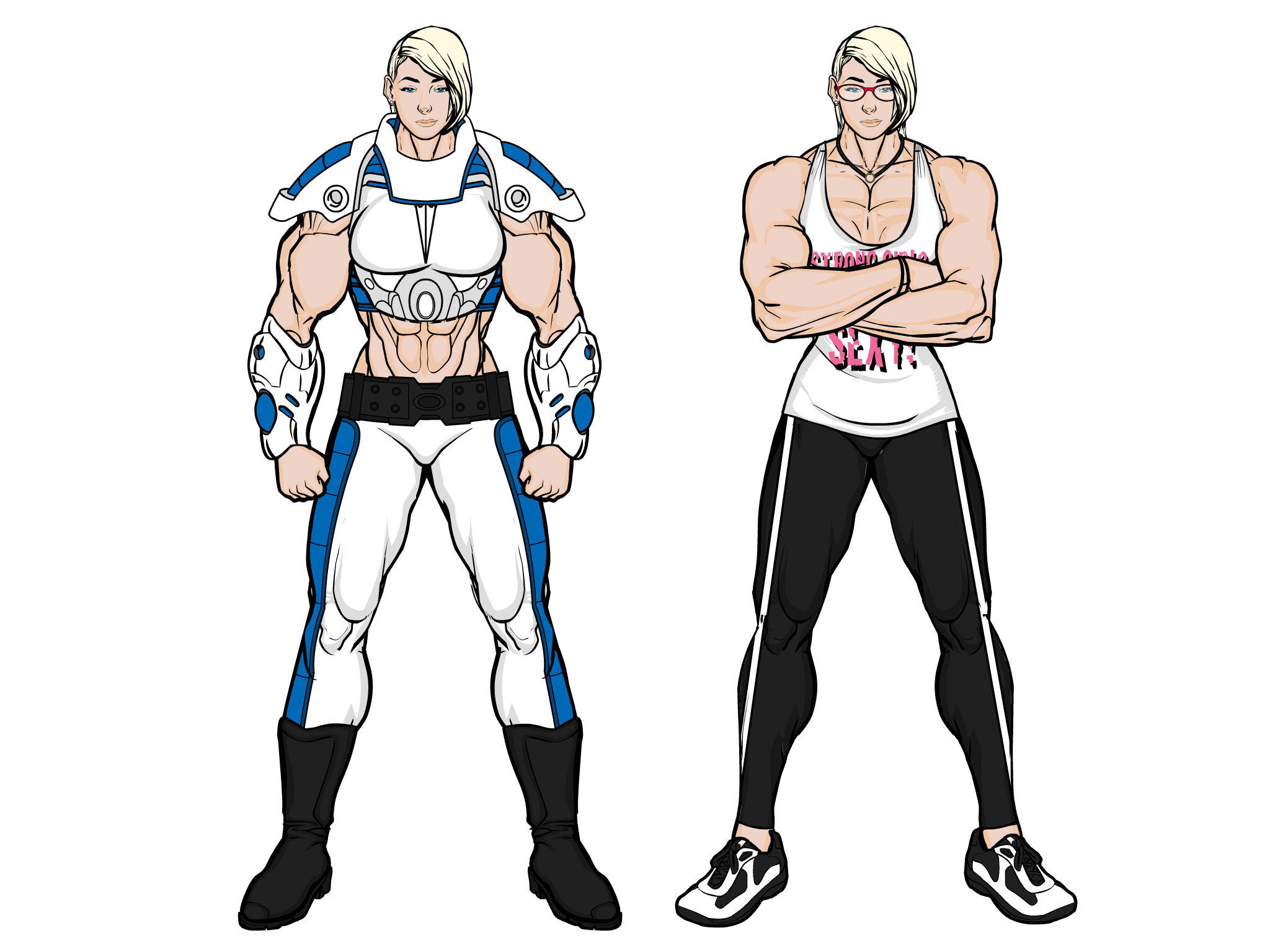 Name: Victoria “Tori” Lannock
Codename: Amazon
Powers: Superhuman Strength (100x normal human limit), enhanced healing capabilities
Bio: Tori Lannock has heroics in her blood. Her father, Matt Lannock, was an original member of The Protectors as the hero Goliath Man, using a strength enhancing serum of his own creation. After The Protectors originally disbanded, Tori joined her father as his side-kick, taking on the name Goliath Girl. However, being a superhero can’t last forever and fortunately Matt Lannock did get to hang up his costume and retire, unlike many of his contemporaries. This hiatus from heroics also meant Tori had to give up her crimefighting, but she took it as an opportunity. She went to university and got herself a masters degree in bio-chemistry and was later able to recreate and refine her fathers formula. She returned to heroics under the new name Amazon and became one of the most well recognised heroes on the scene. Eventually she was asked to join a new iteration of The Protectors and jumped at the chance.
Random Extra Facts:
– Tori is somewhat clumsy and often underestimates her own strength in everyday situations, whether it be accidentally ripping doors off hinges when trying to open them or a playful pat on the back sending someone flying through a wall.
– One might expect Tori to be a purely brute strength fighter considering how strong she is, but she has a black belt in judo to back up her power.
– Tori really loves romantic movies, especially rom-coms. Her favourites are the Bridget Jones series, Love Actually and When Harry Met Sally.
– Her other big love is sports. When she was a kid, she’d always watch whatever sport was on with her Dad. At a young age she wanted to be a soccer star when she grew up, but she didn’t have the aptitude for it.
– Despite not needing to (due to the serum that gave her super-human strength never wearing off), Tori still works out. Even the gym at The Protectors HQ had to be re-fitted to accomidate this. Tori has secretly admitted in private that she only does it to show off, she was a pretty scrawny kid before becoming a superhero and she just kinda likes the attention her strength brings her, even if she has had to put a few people in their place for being rather rude about her size and appearance.