Australian scientist Dr Dumont was obsessed with that quote. The very idea that there was something out there which she couldn’t learn with enough study frustrated her to no end. She was determined to figure magic out. She would understand it.

Unfortunately for the doctor, magic proved much more difficult to quantify and assess than she had initially expected. There was clear, tangible proof that magic existed in this world. One needed only to look at the trail of chaos left by the likes of the Keeper and Shaman during the recent Magic Wars for proof of that. Despite all her study though, Dumont simply couldn’t make any logical sense of the magic exhibited by those she observed. Second-hand knowledge just wasn’t enough. She needed to actually experience the use of magic for herself.

So the already somewhat unhinged doctor made a deal.

When a voice whispered in her ear, disembodied from anything physical that she could comprehend, it offered to teach her the ways of magic. To grant her some of its own power in exchange for tagging along with the good doctor. It wanted to experience life as a human.

“Well, what can be the harm in that?” thought Dumont, barely even realising the possible implications of what she was doing.

A few years later, the woman that had once been Doctor Dumont was gone. Replaced by the merging spirit of human and demon. All that was left was the increasingly insane “Doctor Demon”.

Doctor Demon still maintains the facade of conducting experiments to scientifically understand magic but in truth, she simply revels in the use of her new powers. It’s a thrill ride and she doesn’t ever want to get off.

Doctor Demon has, for the most part, stayed off the radar of most superheroes but a recent encounter with American Dream, in which she sent the hero back in time to meet her predecessor, has brought her a lot of unwanted attention. Someone as crazy as Doctor Demon who can travel through time via magic is clearly someone who needs to be dealt with.

Fortunately for the world though, Doctor Demon has barely given a thought to how time travel could potentially be utilised. She was just curious to see what would happen if the new Dream met the old in her prime. Quite what the maniac deduced from this meeting is only really comprehensible by herself. If that. Maybe she just thought it would be fun.

Either way, Doctor Demon has now come firmly into the crosshairs of both the magic and metahuman communities. The demon-hunting hero Codex has especially taken an interest in the doctor. Which most likely won’t end well for her.

In the meantime though, Doctor Demon is having an absolute blast learning all about magic. Much to everyone else’s detriment. 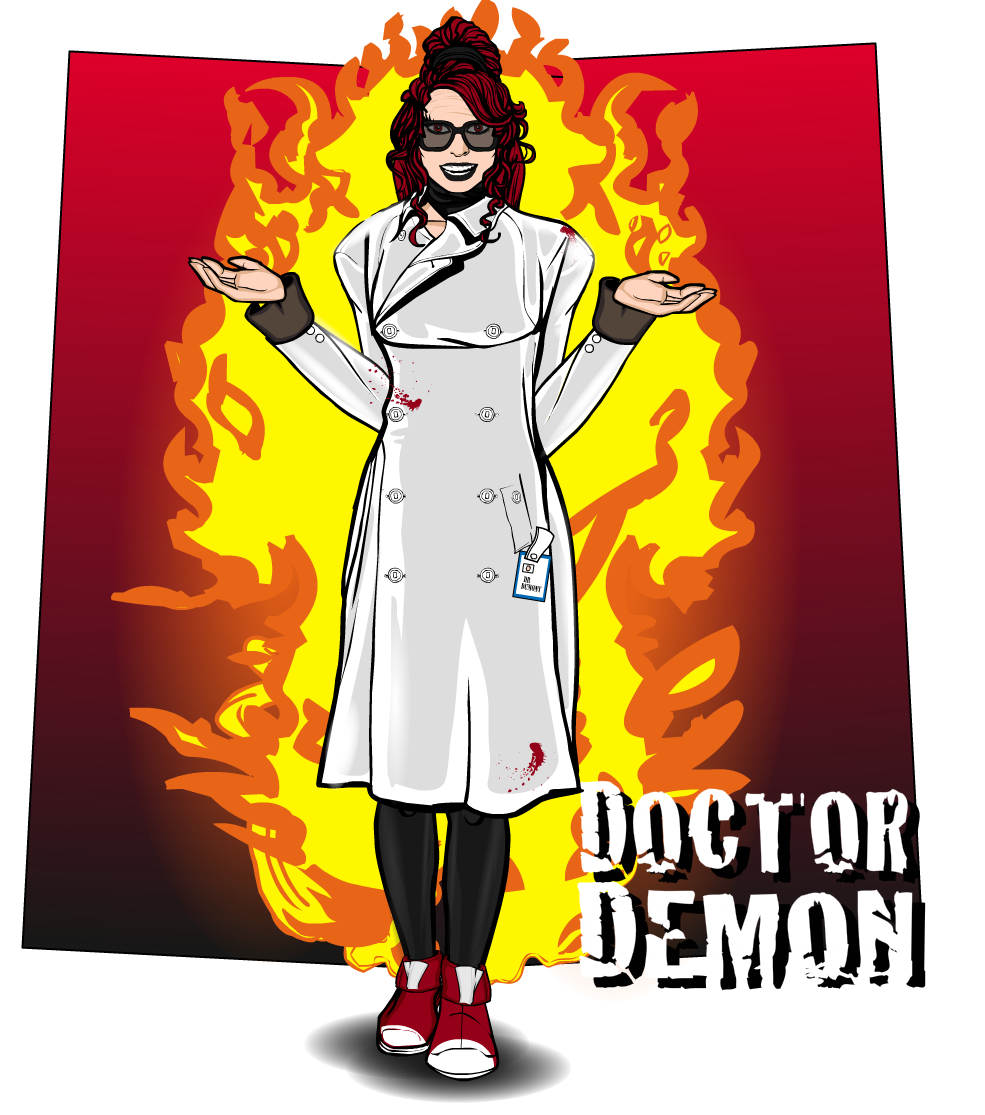