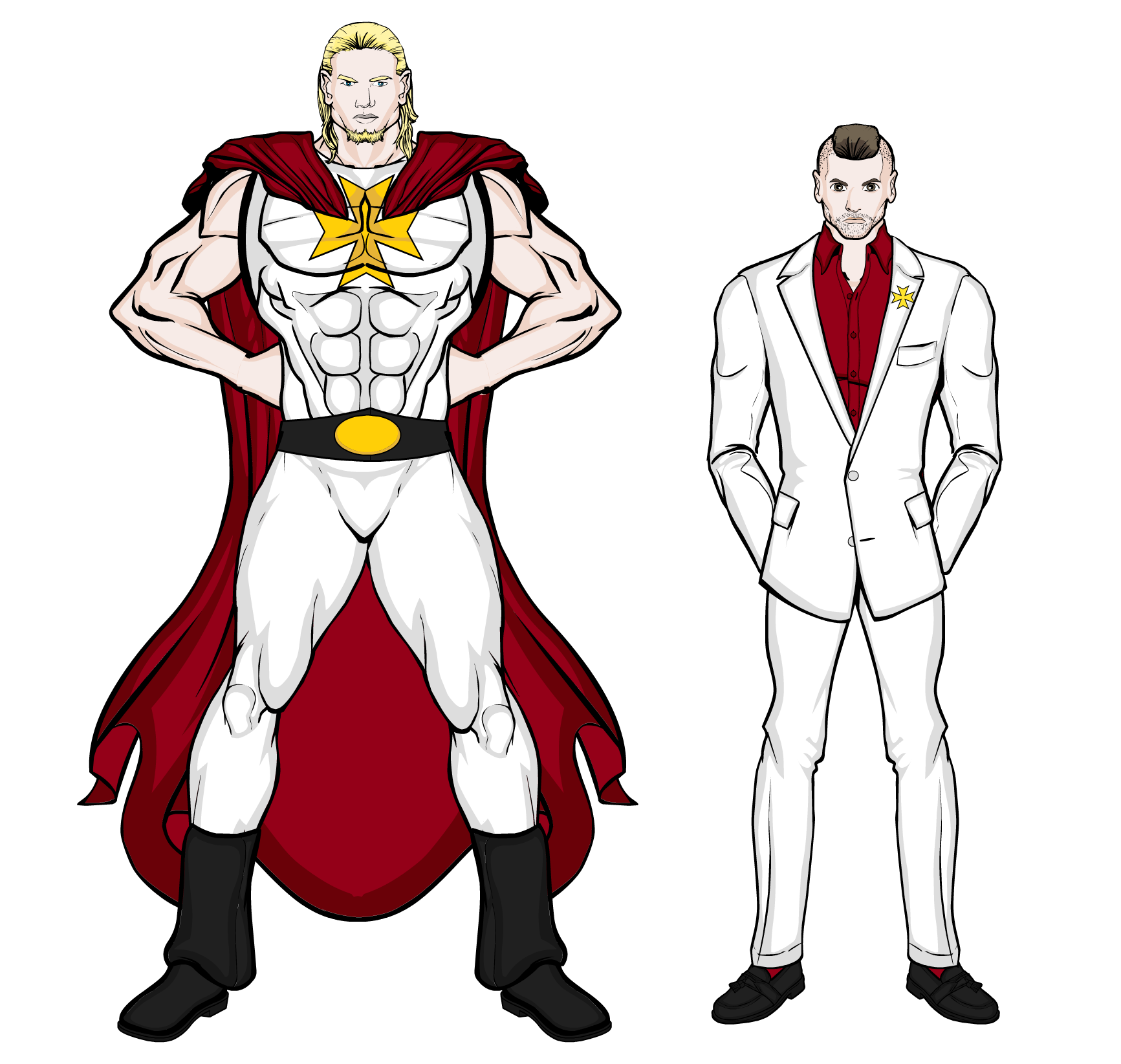 At first glance, The Golden Cross group is a conservative charitable foundation, an organisation funded by well off donors to give money to traditionalist causes (gun advocacy, migration control research and health-care research, to name just a few). The Golden Cross also finance their own superhero; Christian Adamson, aka White Hope (left), who can often be found dispelling riots and crowd controlling protest marches, as well as a few notable face-off with some established villains (he has taken down Polar Bear before and did once fight Ultra-Man to a draw).

However, all of The Golden Cross’ charity work is a facade, a front to conceal their true goals. Founded by Richard North-Spencer (right), The Golden Cross is actually a fascist group, whose primary aim is to create a white ethnostate. A not unsizable amount of their donations go towards funding fascist terrorism and other far/ alt-right groups. Though the groups political ideology is not a secret amongst the superhuman community (The Golden Cross often find themselves in opposition to P.R.I.D.E (as one might expect) and Team Supreme, White Hope has even found himself at odds with A Division before), very little substantial evidence has been gathered to incriminate the organisation and they are often bailed out by their more high powered, influential donors. Whether these donors are fully aware of the two sides to the opporation is unclear, it is doubtless that some do, but the group seem very gifted at decieving even the most well intentioned of conservatives into supporting them, they even have some supporters who identify as centerists.