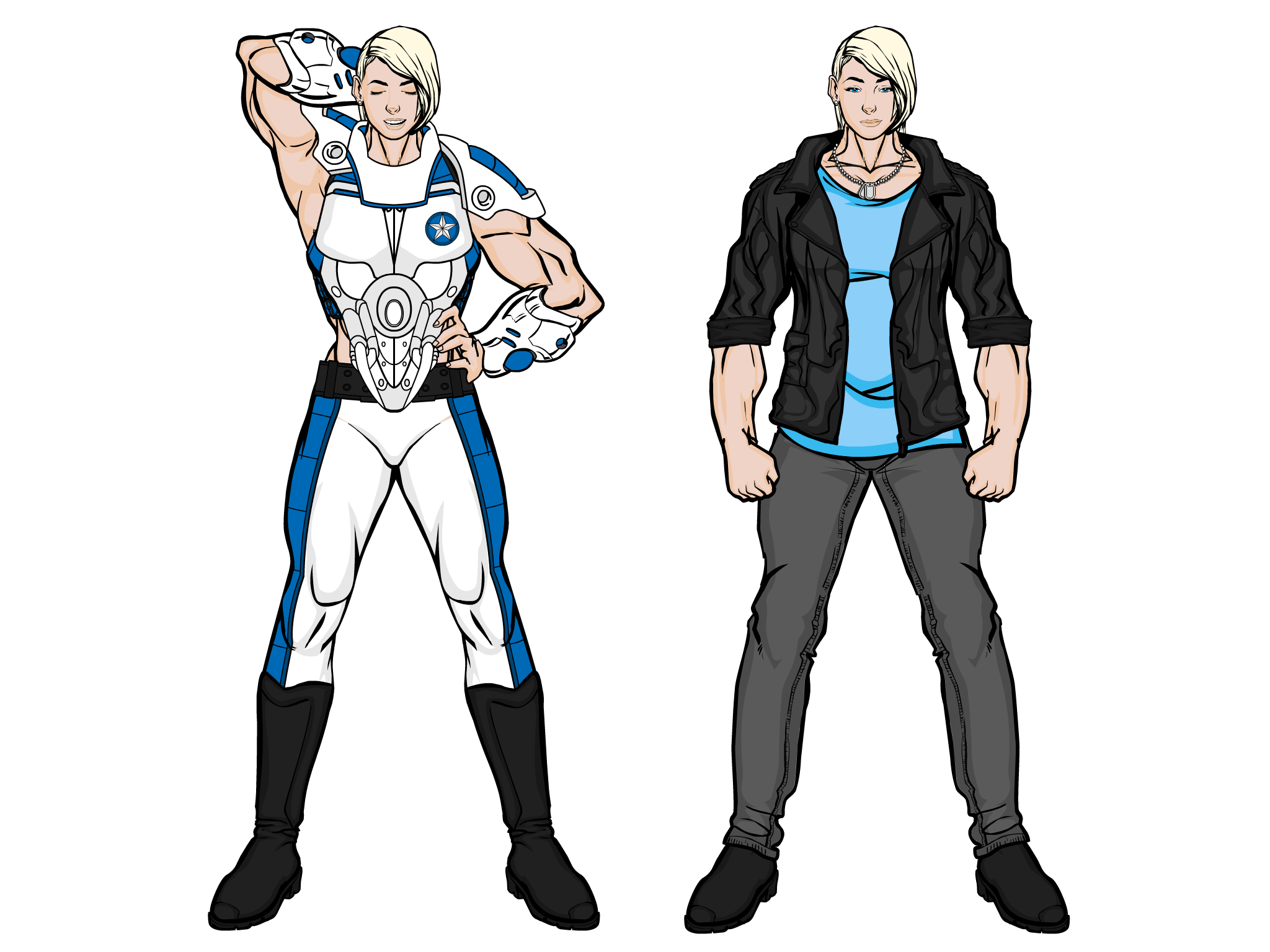 When the secret of the Goliath Serum was stolen by the Oliver siblings, Tori Lannock was put in a very tough spot, the thing she had been relying on to be a superhero was now being used against her. Fortunately, the Oliver’s hadn’t sold off the formula, just the serum they had, so Tori and her father Matt (formerly the superhero Goliath Man) decided that the best way to deal with the situation was to destroy all the remaining serum and the formula, to prevent it from falling into the wrong hands again. With the help of her A Division team-mates, Tori managed to track down all of the people the Oliver’s had sold the serum to and recover the stolen property, before finally defeating The Domiantor and putting the Oliver siblings behind bars. Knowing that losing her access to the Goliath Serum would mean an end to her days as a superhero, Tori took the drastic step of copying how her team-mate Antaeus got his powers and drank the last remaining vial of serum. The effect was almost identical to what happened to him, her body gained almost a full foot in height and her muscularture is now constantly hyper-charged. Whereas before she could lift up to 10 times what would be normal for a woman of her size and weight, she can now lift over 100 times what should be possible. However, she is having some trouble adjusting to the changes to her body and has become quite clumsy with physical interactions with normal, everyday situations (the A Division base has seen its repair budget eaten through almost thrice as quickly as anticipated since her transformation). Also, she’s had to give up her position as a new recruit trainer, as there’s now no guarantee she isn’t going to kill someone just demostrating basic self-defence.