Heavy Step is another character from the same group as Alpha Dog and Makeshift who gained powers through The Red Brain’s experimentation into making super humans. As a result of these genetic manipulation experiments he gained the ability to grow to enormous size.

Unfortunately, even his base size is now massive and at least four times the size of a normal man. He now requires an advanced suit created by he Brain in order to support his own weight and without it his body is usually wracked with pain.

The Red Brain has promised to find a way to ease Heavy’s suffering but in the meantime, Heavy Step uses his powers to help protect those in need. 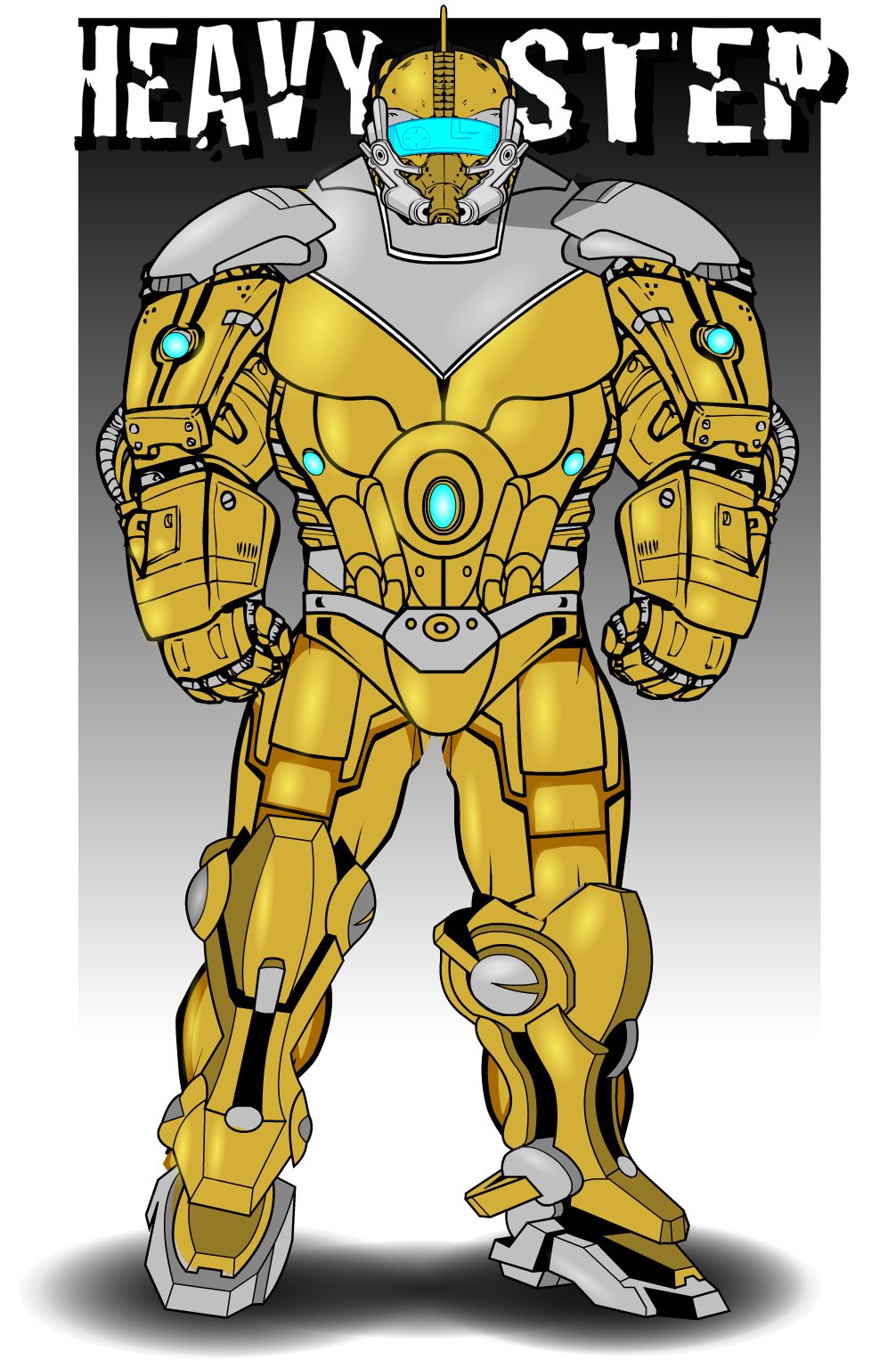