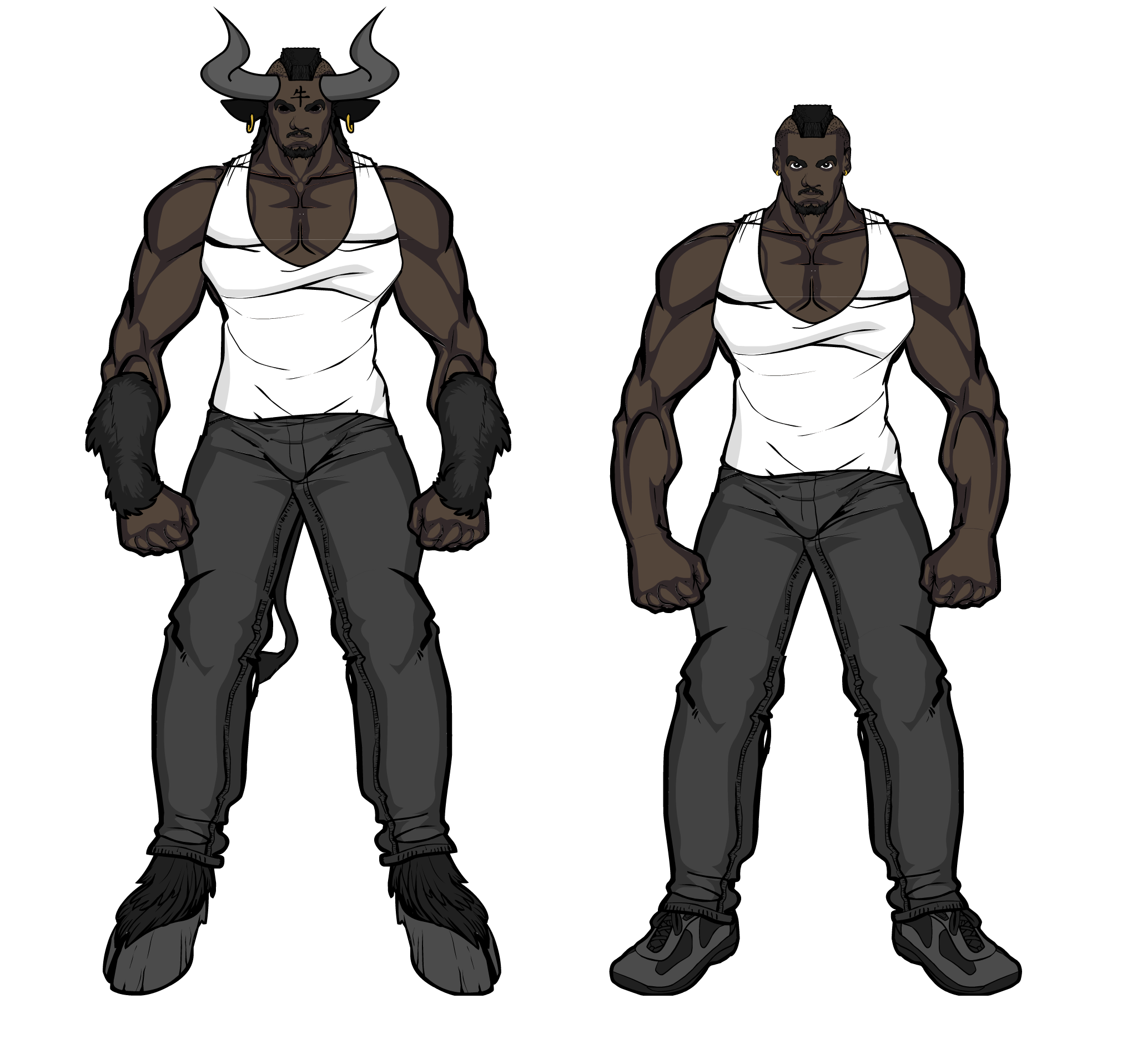 Physically, one of the strongest of the zodiac spirits, Vajra the Ox has a mellow personality that belies his awesome power. Though he can be awfully stubborn at times, Vajra is kind, reliable and increadibly patient. Despite this, he does have a few things that can push his buttons, impatience and selfishness being two of the foremost. Because of this, he has never seen eye to eye with Anila the Dragon, who is by far the most egotisitcal of the spirits and one of the few who are as stubborn as Vajra. He also odesn’t get along all that well with Indra the Horse, who is pretty much Vajra’s opposite, he likes to take things slow whereas she just likes to go and do. Vajra does tend to get on with other hard-working spirits, such as Sandilya the Snake and Sindura the Rooster, as he sees them as more reliable (as tenuous as that belief may seem at times, especially with Sandilya). Whilst it would seem at first glance that Vajra’s ability would be his immense strength, it isn’t. His actual power is his massive endurance, he has near infinite stamina and can work tirelessly for hours on end without tiring. As his host, Vajra chose Carl Jacobs, a former bodyguard turned youth counciller, a man as down-to-earth and reliable as Vajra himself, with a big heart and a mean right hook for anyone who messes with him or his friends.