Investigating the murder of a number of magic users, the team of Wind Dancer, Hellion, Sandstorm and Riptide discovered that the parallel dimension refugee Delta was to blame and tracked her to Nebraska. Or to be more specific, a series of tunnels deep below a farm in Nebraska belonging to none other than Rock Star, where Delta and a small army of hired guns were seemingly searching for something. The key word being “were” as a number of them had already been brutally killed by the time the heroes arrived with Delta and the last of her henchmen in hiding somewhere in the tunnels.

Something was stalking the tunnels. Something of immense magical power.

The heroes only needed to follow the screams to find that being. A woman dressed in black, wearing a horrifying mask was stalking everyone who entered the tunnels and striking fear into the hearts of everyone she encountered. Including Hellion, who was normally the one doing the scaring.

She seemed determined to kill Delta and her people but seemed less interested in the heroes who she viewed with a passing indifference. Wind Dancer even managed to ask her who she was. To which the mysterious woman whispered in a broken and inhuman voice only three words.

She then vanished in the blink of an eye, apparently continuing her search for Delta and leaving the heroes even more confused. The last what? They didn’t have time to figure that one out as they still had to find Delta and her people before The Last One did. Delta may have been a murderer but they couldn’t leave her here to die. Despite Hellion’s objections to the contrary.

They searched for what felt like forever to Wind Dancer who was growing increasingly claustrophobic so far underground but eventually they found Delta and the few men that hadn’t been killed. They were fully prepared for Delta to put up a fight but instead she simply surrendered. She would go willingly so long as they could get her out of there alive.

They didn’t have much time to prepare for what came next though as The Last One was hot on their heels. Another henchman was dead before they even knew she was there. The following few seconds where a blur that no one fully remembers. The Last One seemingly flew into a rage at the sight of Delta’s sword, the sword of Kane, and slashed at the magic killer, almost killing her and snatching the sword from her in the process. Riptide stepped in in an attempt to stop Delta from being killed. A decision he regretted when his right arm hit the ground. He barely even realised that he had just lost a limb before the sword was headed his way again. This time aimed at his chest. Only the quick thinking of Sandstorm and a well timed blast of rocks to The Last One’s face saved Riptide’s life.

Wind Dancer and Sandstorm put up a good fight but were no real match for The Last One. Sandstorm was badly wounded in the fight and they would both probably have been killed if Rock Star hadn’t caused a cave in, separating them from the crazed magic user. Unfortunately she also trapped a number of Delta’s henchmen with The Last One. To save everyone else though, she snatched them all up in a cocoon of rock and propelled it upwards through the earth to the surface, using her powers to seal the way behind them.

Rock Star, Wind Dancer, Sandstorm, Hellion and Riptide and Delta managed to escape with their lives but just barely. Riptide and Sandstorm were both rushed to a local hospital where doctors managed to stabilize them.

Wind Dancer took Delta into custody but had to talk down a furious Hellion who wanted to kill her then and there. Delta was handed over to A.E.G.I.S who confined her to a maximum security prison and the sword of Kane locked away in another facility.

Riptide was later retrieved by his people and taken back to Atlantis to receive special treatment but Sandstorm remained in the hospital to recover, during which time he struck up a friendship with Rock Star.

Rock Star used her powers to seal every entrance to the tunnel system that she could find but stopped short of actually collapsing the tunnels entirely as Hellion had suggested. Despite the entrances being closed, A.E.G.I.S stationed operatives nearby around the local town to ensure that they stayed that way.

As for The Last One, she presumably still stalks the tunnels deep below Rock Star’s farm acting as guardian to whatever it was Delta was searching for. Delta still refuses to say what that is. Secretly though, she is plotting to escape her prison cell and return to the tunnels, intent on claiming her prize. The Last One terrifies her but she won’t let that stop her. She just has to be better prepared next time.

Delta had better prepare the best she can though as The Last One is waiting for her. 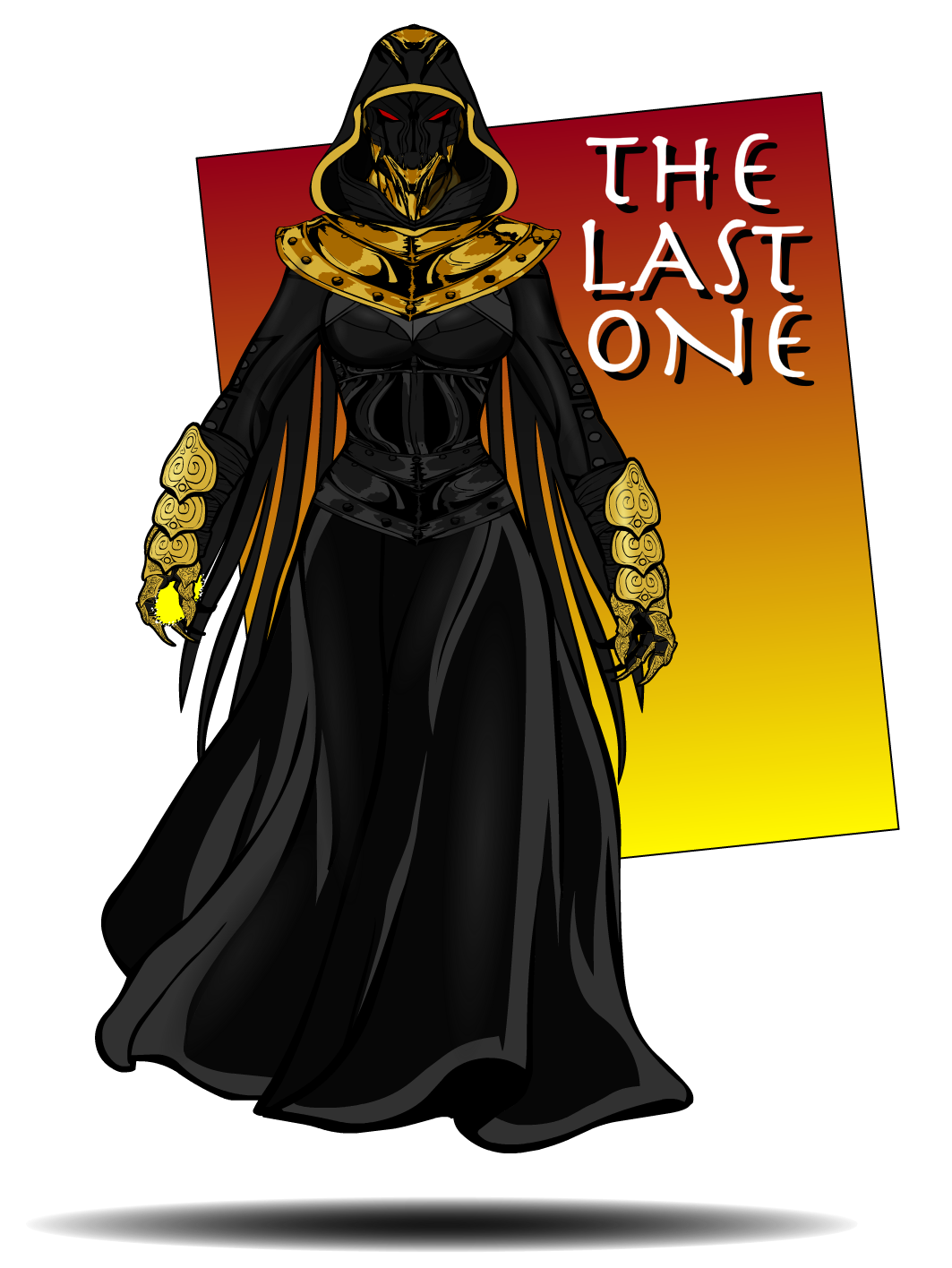