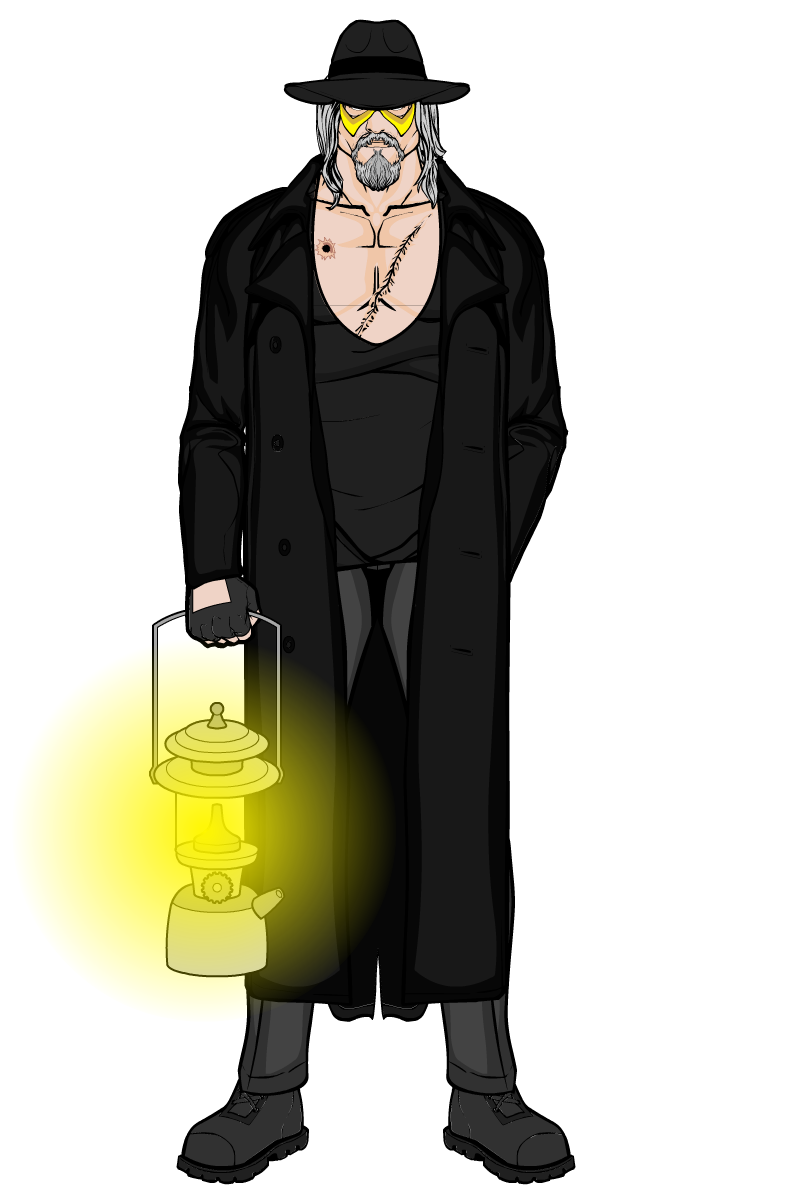 Once a famous superhero back before the explosion in the superhuman population, Carl Barrett utilised a mystical lantern that allows him to control light and to teleport through beams of light to become The Watchman. However, his superhero career was cut short when he was blinded by his archnemesis, Nightstalker. Unable to fully control the power of the lantern without his sight, Barrett was forced to retire. However, he was unable to fully settle back into civilian life and set about trying to find a protogee, whom he could mentor and mold into the next great superhero. And it was during this period that Barrett came across some of the less fortunate members of the superhuman community, those with abilities that made them abnormal or dangerous in society. Meeting these people changed Barretts outlook on his mission and he became dedicated to assisting these outcasts, setting up the Hideaway as a place to protect them from society (and in some cases society from them).