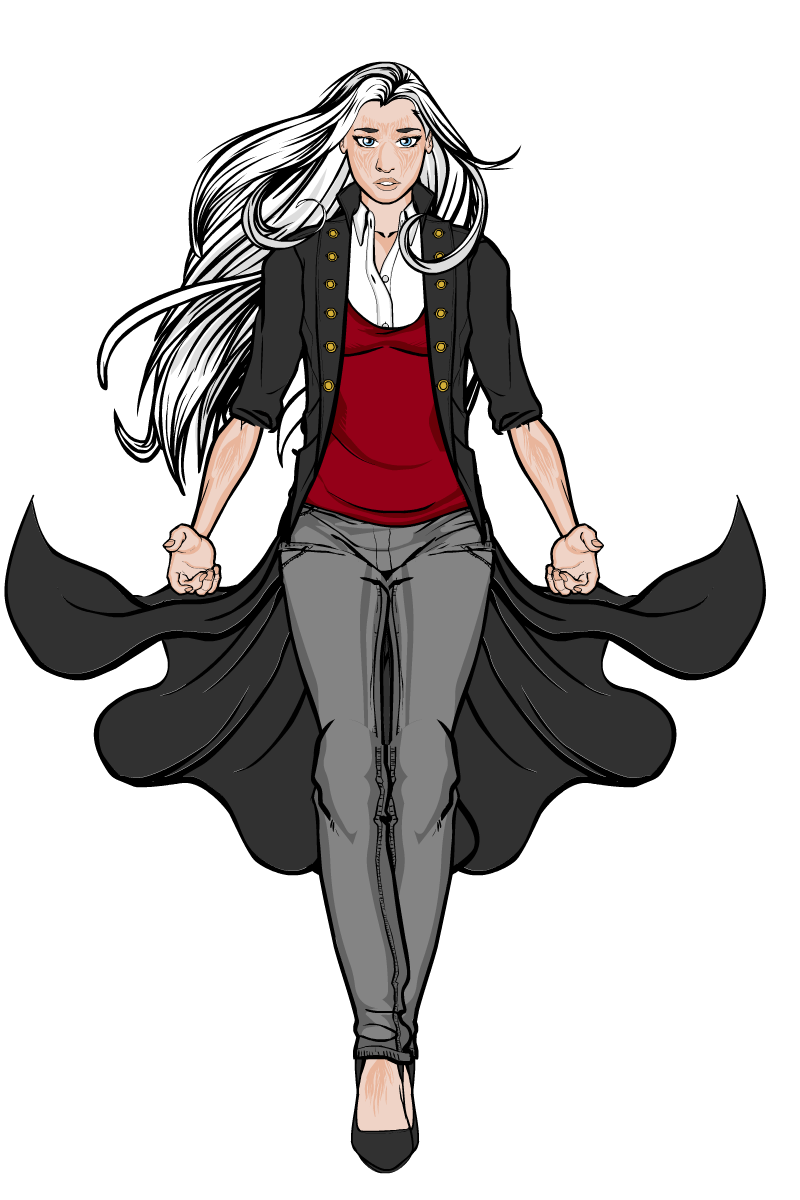 Amanda Swift is probably the most powerful suerhuman there is and, by definition, the most dangerous. She has the ability to control the fundamental forces of nature, the four sub-atomic interactions that bind the universe together, being: Gravity, Electro-Magnetism, Strong Interaction (the force that bind atoms together) and weak interaction (the force that causes atoms to decay and fall apart). Theoretically, she could cause the atoms within someones body to fall apart, disintergrating them in an instant. Fortunately, she doesn’t have the temprement for such an action, but she is noted by world governments as a potential threat and is under constant surveillance. She has her freedom because everyone is too afraid to make a move against her, fear that she may lash out against hostile action is a strong deterant, even to the most powerful of governments or even supervillains. At this point, allowing her to live with the relatively peaceful superhuman group known as the Outcasts seems to be the most sensible option. Although she has her freedom, her powers cause her more problems. She was the first superhuman identified with what would later become known as Walters-Swift Syndrome (named for her father Doctor Theodore Swift and his research partner Doctor Steven Walters, both since deceased), a rare genetic defect seen only in the most powerful superhumans. The syndrome gradually saps the body of both power and energy, scarring the skin as it does so, eventually leading to death.