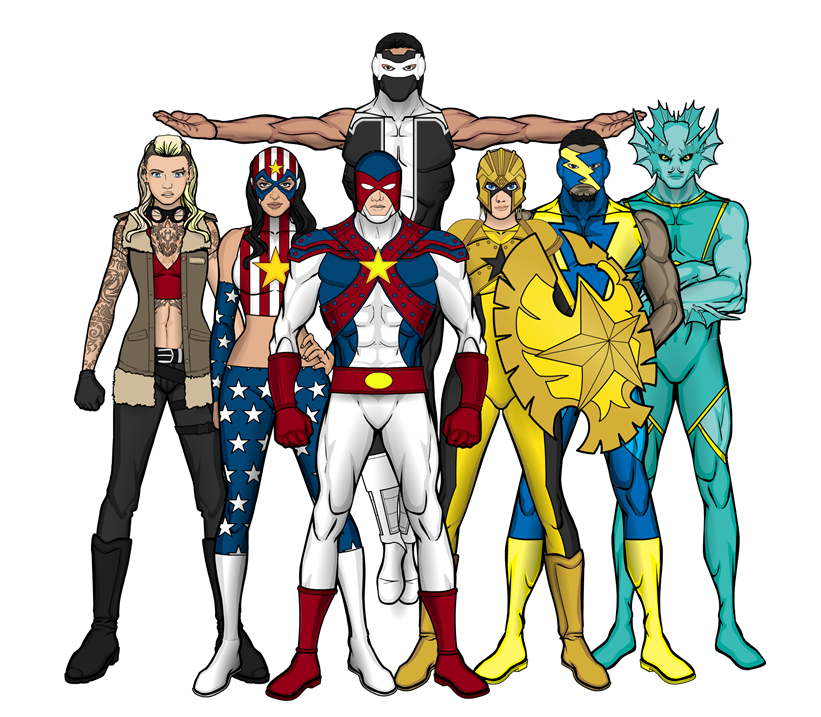 Founded in 1943 by War-Time superheroes intent on helping the Allied powers defeat Nazi Germany and its allies, Team Supreme has become an institution, the most publicly visable superhero team in the country and, in many places, even more trusted than the internationally endorsed W.I.L.D. The legacy of the original Team Supreme is carried on by the grandchildren of those original heroes, Thomas and Isabella Collins (the grandchildren of the original American and Miss Liberty) and Alice Walters (the grand-daughter of the original Flying Ace), as well as some unrelated recruits invited to join the team due to their simular powers to the original Team Supreme members, as well as their diverse backgrounds allowing the team to better represent the people of the country they fight to protect.