Patient Information: Inmate A-103875 is a frustrating case. There are no records of him in any database, no birth registration, no social security, no known place of residence, any information from before his incarceration. Questioning him about his lack of background has proven fruitless for both police and medical professionals. He displays many traits typical of paranoid schizoprenia, intense feelings of persecution manifested around modern democratic society (which the inmate proclaims is corrupted and conspires against those without power) and claims to hear voices telling him that he is being watched and being hunted. He also claims that the voices tell him that it is his purpose in life to bring down the current system and replace it with an anarchic system without government, where everyone is equal. Interestingly, the one piece of information the inmate has given away about his past is that he claims that his parents were taken away by the government when he was a child, though whether this is ture or just another persecutorial delusion is unclear as the inmate seems purposefully vague about the details. His commitment to the asylum came after the inmate commited a spree of terrorist attacks against a number of public and private buildings in the greater metropolitan area, including the City Hall and the First National Bank. At the time of his arrest, he was wearing a plain white gauze mask over his head, which was sewn to his neck to keep it in place. When asked about the mask, his only reply was that it was a gift and refuses to say who helped him sew it on (as it was obvious that the inmate did not sew it on himself). Unfortunately, little knowledge can be gained from interveiw sessions with the inmate as he is highly tempremental. If he is in a good mood, he will talk a little, but only about his persecution delusions. If he is in a bad mood, he is highly likely to lash out, meaning he has been issued with physical restraints for any interactions with staff. It is also worth noting the effect the inmate seems to have on other patients. Many of the more disturbed patients appear to gravitate towards him and he has a marked effect on how effective their treatments can become, with any sustained contact leading to an marked increase in patient agression. For this reason, the inmate has been moved to a secure solitary confinement away from other high risk patients.

Society’s a sickness.
And I am the cure. 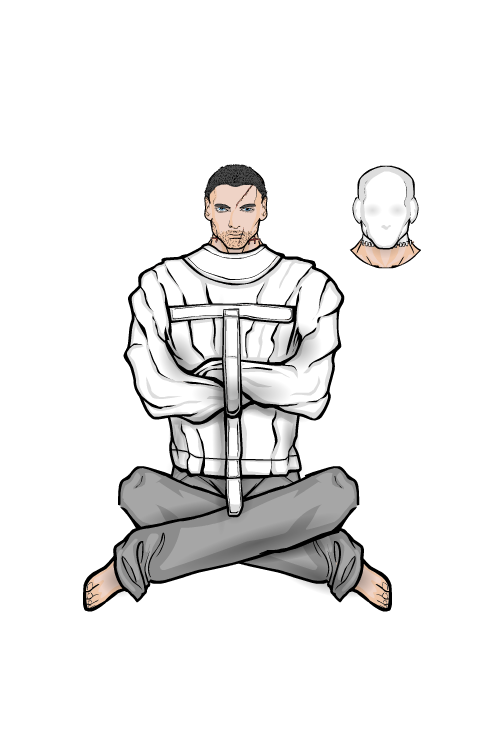