I hope to return to the Azure Knight at some point but before the contest I was working on my next Anime. It’s the return of probably my most popular character, Red Bat. 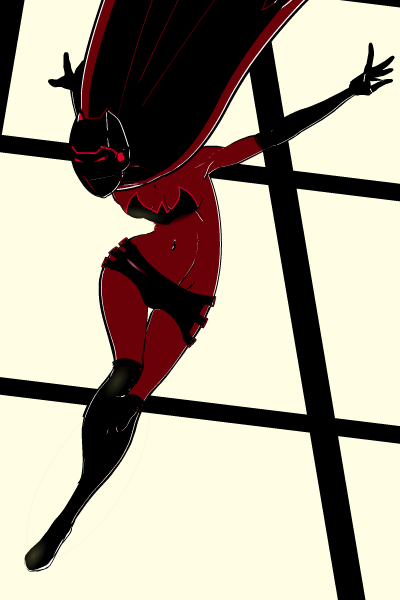 Many thought Red Bat was dead at the hand of the League of Evil and they right. Saved by Dr. Silver with an injection of her nanites, Red Bat was brought back to life with a few enhancements. She now has enhanced strength, speed, and stamina, as well as a new and improved costume.

As usual with this character, I went with minimal shading/highlighting. The pose is from a DeviantArt artist named Haje