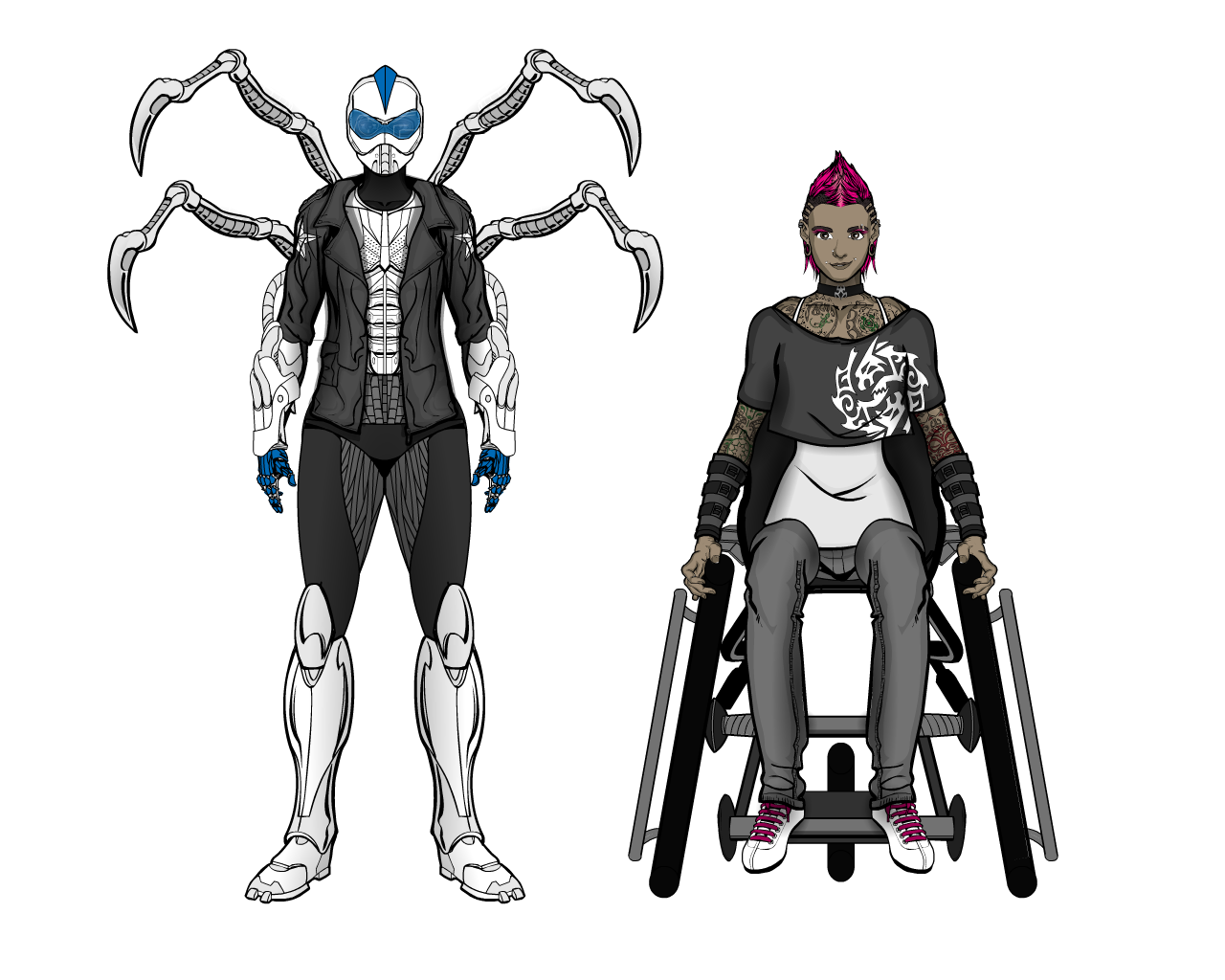 Profile: Born with Limb-Girdle Muscular Dystrophy, a genetic condition that causes the weakening and wasting of the muscles (specifically the shoulders, upper arms, pelivc area and thighs) , Jamie Walters has had to use a wheelchair since she was 13 and has reached the point where she has almost no strength in her upper legs at all. However, what she lacks physically, she makes up for mentally. Born with superhuman powers thanks to “The Moment”, Jamie is an increadibly gifted Technopath, able to control computers at will. She has used this in a variety of ways, she is a moderatly successful drum and bass musician and a world class hacker, having played festivals and hacked Nasa, the FBI, the CIA, the Kremlin, the UN and the Chinese Military all before the age of 18. Of course, the later got her into rather a lot of trouble and, if it wasn’t for W.I.L.D realising the usefulness of her abilities, she would most likely be in jail by now. However, after working for W.I.L.D for a short period of time a problem emerged for Jamie. Due to her disability, it was considered impossible for her to go out on operations, but there were an increasing number of scenarios where having the technopath in the field would have increased the effectiveness and efficiency of the operations hugely and saved time and numerous lives. So the W.I.L.D technical department, alongside some of the worlds leading medical experts, put together a support suit for Jamie that would act as a harness and a protective shell to allow her to go out on these dangerous missions, as well as having four mechnical arms with various built in inputs for extracting data and a helmet with a decriptor built into the visor. Despite the suit providing artificial muscles to allow her the same sort of free movement that an able bodied person would have, she still has to move with it to control it, which isn’t easy, so she had input ports grafted into her shoulders and lower spine to allow her to directly control the suit using her technopathy and move it as though it was actually a part of her body. However, the suit is both expensive and exausting, so she is banned from using it when not on missions, instead having to make do with her wheelchair.