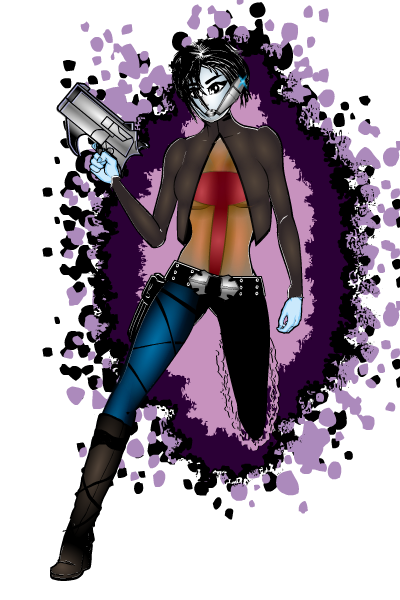 Clara is the daughter of famous heroes who were killed saving the planet. Before this happened, they had made arrangements with the Goodall’s to adopt their infant offspring in case things went awry. Her mom was from another dimension and her dad was human. As a child she looked like any other human, but as she reached puberty her skin turned a shade of blue.

Clara has beyond genius level intellect and the ability to see “paths” in the universe. With her Multiversal-Astrometric-Arcane-Magnetron (M.A.A.M) Gun she can make portals that allow her to travel the multiverse. It was through this that she found Nightmare Hunter and Stellar. After their encounter, Clara developed a method for communication in case any of them needed help from each other. Also they are all linked genetically, but I may save that explanation for another time.