Richard Chord was always fascinated by music. His passion became a profession after receiving doctorates in musical theory, acoustics, and cymatics and he became one of the world’s leading acoustic scientists. Inventing revolutionary hearing aids and sonar technologies he was acclaimed as the greatest mind in his field since Termen. However he soon found his love of music taking a back seat to his new interest, his lab assistant Odette. The two found themselves madly in love but Chord’s financial backer Francis Kemlin also discovered an appreciation for the beautiful Odette, but knew she would never have him with Chord in the picture. So Kemlin arranged a lab accident to befall Doctor Richard Chord. Odette was devastated at the news, and as Kemlin had planed she consoled herself in his arms. Little did they know that Chord had survived Kemlin’s trap blinded and disfigured. A little thing like lack of sight would not prevent a man as brilliant as Chord from taking his revenge, and so Dr. Cacophony was born. 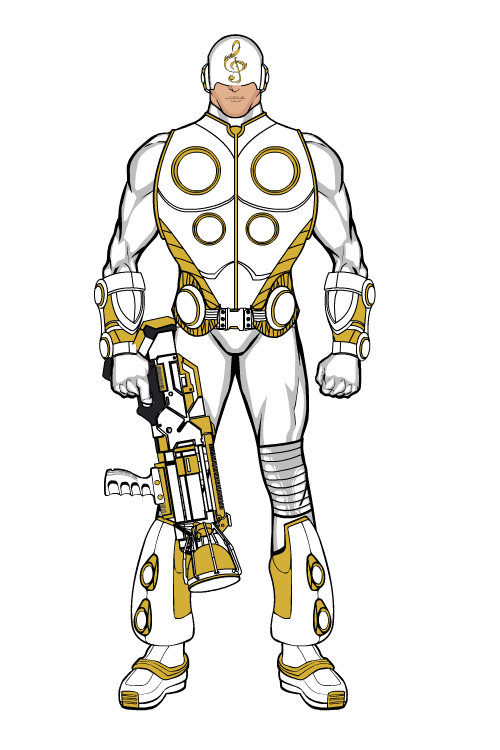 Just a sound themed villain I came up with for M&M.