The crime boss known as the Black Rose has a special team composed of superhumans known as the Rose 10. The group got their powers in two main ways and this splits the team into two subteams. The first, led by Flock, the man who can become a murder of crows, got their powers through the extraction of DNA from kidnapped heroes and villains. Flock is a combination of Avian and Swarm, a mercenary who can split into many smaller versions of himself. Flock is also the leader of the group as a whole. The leader of the other team who got their powers through the superhuman activation drug Exx is Blackwater. Another member of this Exx team is Cement, a man composed of liquid concrete. He likes to surround heroes and trap them, turning them into concrete statues. 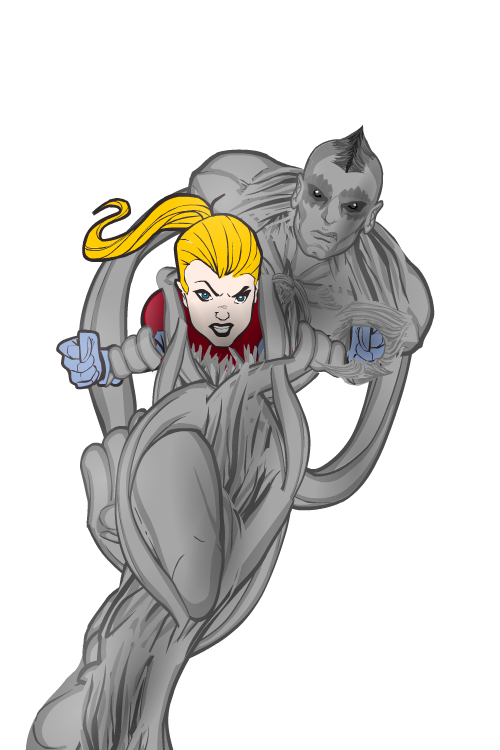