Aletheia is the third child & only daughter of King Aristaeus III, younger sister of King Azriel, when she was only 16 here father sent Aletheia to marry the crown prince of Alayia, (Alayia is the second largest kingdom in the world & takes 2 weeks to get to by boat from Azzaro) Princess Aletheia was sent there to marry and align the two great kingdoms. she became Queen of Alayia at the age of 21 when her husband ascended to the throne.

Aletheia is royal blood of Azzaro an is able of merging with a Goddess but she refuses to do so as this will make her more powerful than her husband, King Melanthius II was jealous of his wife’s potential power so he summoned all the mystics in the land to merge him with a God. 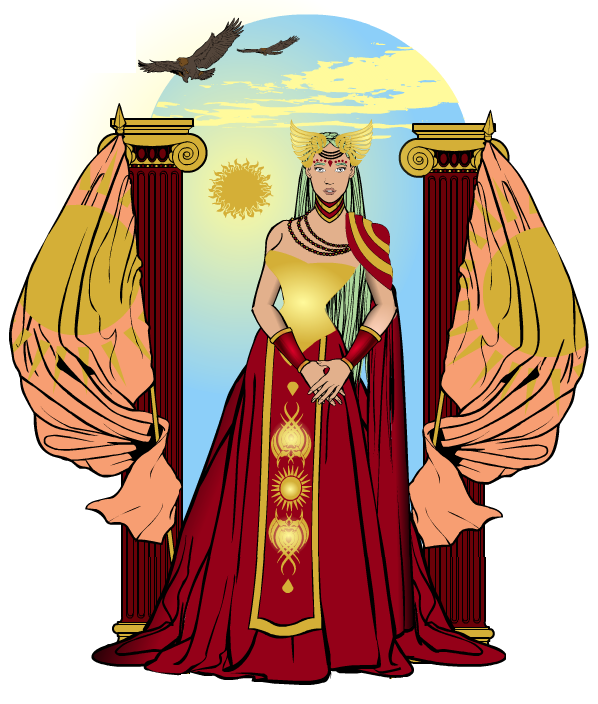