The Prince of Destruction

When Alexiares  killed his father the chaos completely took over him allowing the evil God of destruction Zagreus to pass into his world take over his body and merge with him. The Prince could not handle the Gods power & desire for destruction so he set out to destroy Azzaro and build it up in his order.

When Zagreus merged with Alexiares he forged his weapon and some of his armour out of King Azriels unbreakable golden armour. 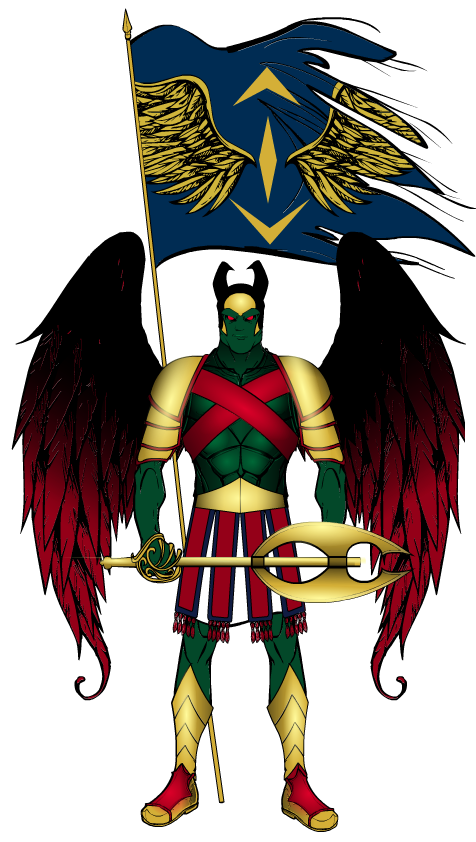