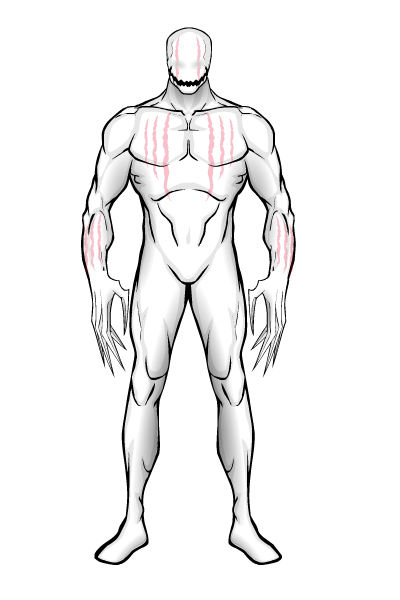 Notes: An unknown factor in the war, The Faceless appear arbitrarily, attacking all without prejudice or pity. Not affiliated with either side in the war, their encounters are rare and seem to only happen around areas of ancient magical importance, in both Valaran and Juturan territory, with further reports of attacks taking place in the neighbouring, neutral country of Kahlor. Despite seemingly possessing no Soul Wielding abilities of their own, the Faceless have an incredible resistance to magic, as well as regenerative powers that make them an almost impossible opponent to take on and it is advised that soldiers and wielders take on Faceless in groups (if below Level 4 for wielders).