As Nimu journeys in the North, she comes across both friends and enemies. Here’s one of those friends, Ahnah, the Wolfmaster: 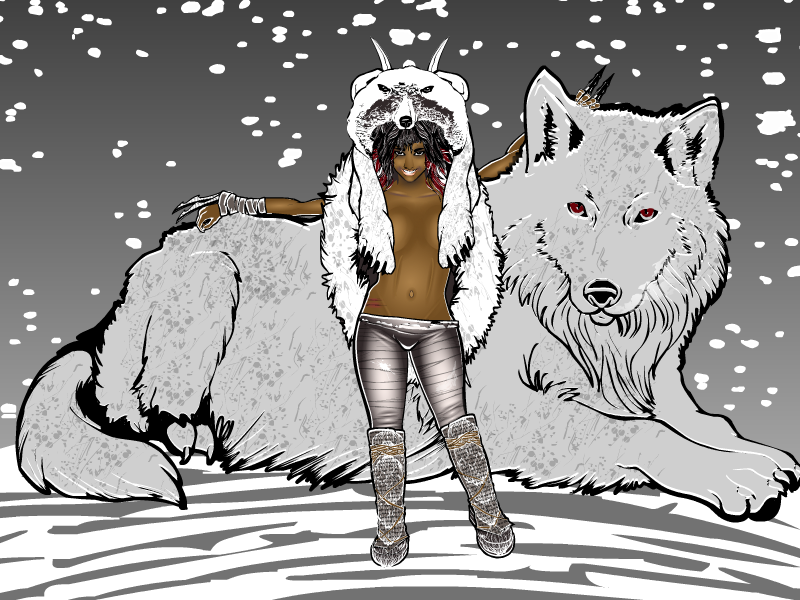 BIO:
Ahnah is a native of Alaska. After getting lost while trekking through the Alaskan wilderness, she fell asleep and awoke in Sumina. Since she grew up hunting and trapping and had been a medic in the army, Ahnah survived the harsh winters. One day, Ahnah came across a Giant Wolf, that she simply calls Wolf, who had been injured by a Northern Horned Bear. After patching up Wolf and killing the bear, they became friends. Ahnah fights with a berserker ferocity using claws fashioned from bone. She has trained herself mentally to withstand the cold, thus not needing wear so much protection…of course.