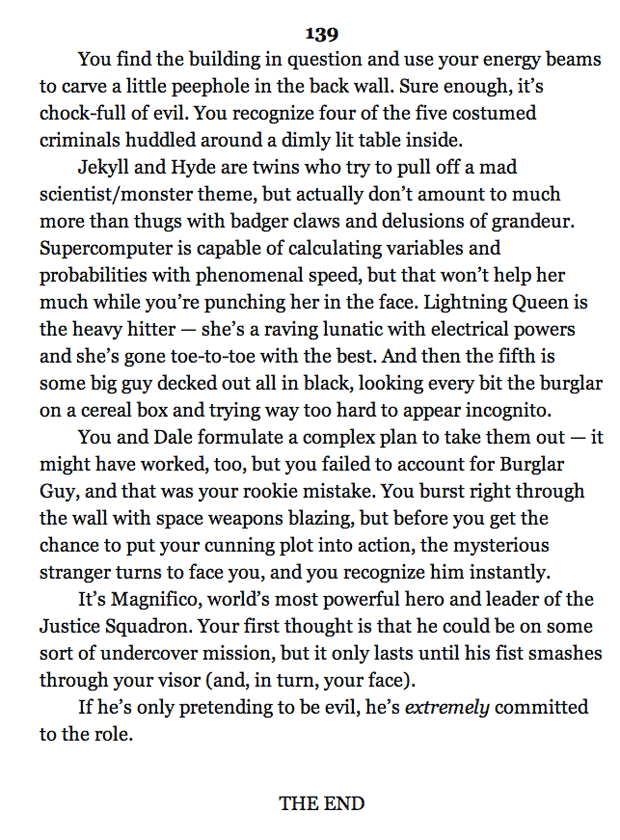 Well. There you have it. I assume Dale was wiped up by the Green Handkerchief or something, a living slime mold's worst enemy. At least we didn't get eaten in this book, unlike Zombocalypse, so that's a bonus.

In the finest super-hero comics tradition, however, I declare a reboot! That's right, there's a new editor in town, sales have slumped after the epic demise of our featured character, and we're in need of a hit. So we do what all creatively bankrupt companies do, we go back in time and pretend mistakes were never made. We're the New Coke of the Choose Your Own Adventure world, people!

Boy, that lone figure in the harbor sure sounds interesting, doesn't it? I say we go check that out! 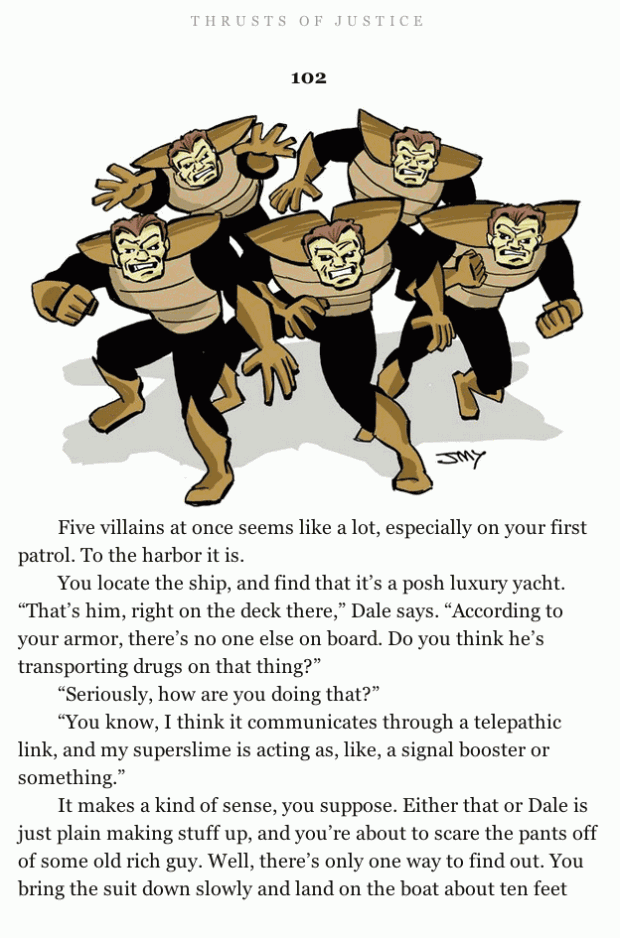 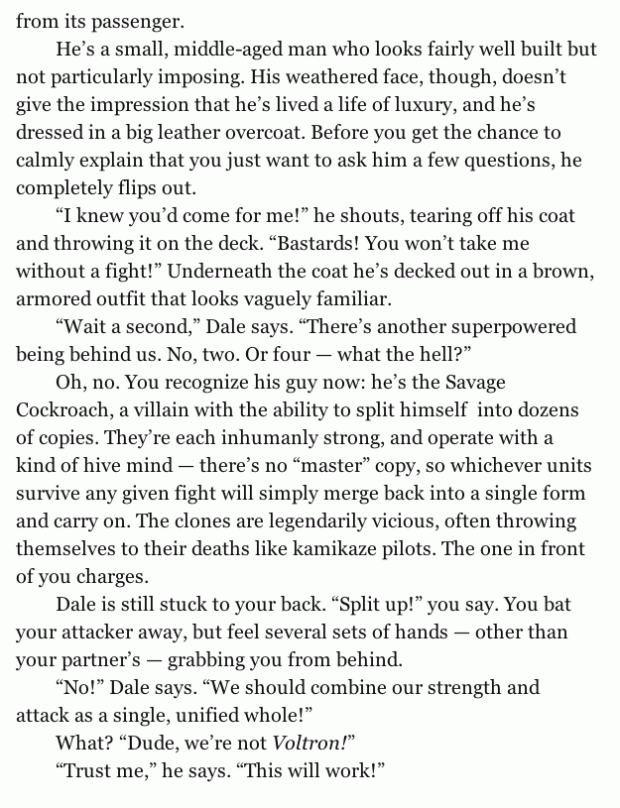 The Savage Cockroach! I love it! We have GOT to leap into battle shouting "RAID!" I don't ask for much, universe, surely you have to give me this. "Wait, what's that I hear stomping nearer and nearer? It's your arch enemy, the Boot!" I hope our next big battle with him is at his secret lair, the Motel.

OK, enough with the bug puns. Before we can squash his plans (that was the last one, I swear!), we have to survive this unexpected melee. Looking at our options, I have to say that Dale so far has known a lot more about our suit than we do. And apparently the slime has some sort of connection as it can amplify the armor's thoughts, so the idea of merging isn't totally daft on the face of it.

On the other hand, have you seen what slime does to computer parts? Not pretty. Let's just say neither my escaped snail collection nor my last computer enjoyed the meeting all that much.

16 Responses to Warehouse? There! There house!