Re: My new Creations

GRYPHON! Gryphon, (real name unknown), was intended to be a member of the Beasts of Burden, but proved to be too dangerous. Apparently, his humanity was totally taken over by the wild natures of the eagle and lion DNA used to create him. Being incredibly strong, he easily escaped captivity and has since taken to terrorizing the world. He seems to be living out some warped version of the traditional role of mythological gryphons, setting himself up as a guardian of sorts at large mining operations around the world, frightening workers, or killing the more resistant ones, and laying claim to whatever resources are within. Whether this is greed on the part of whatever is left of him that is human, or his mind is so far gone that he actually believes himself to be a mythological creature, no one can say. 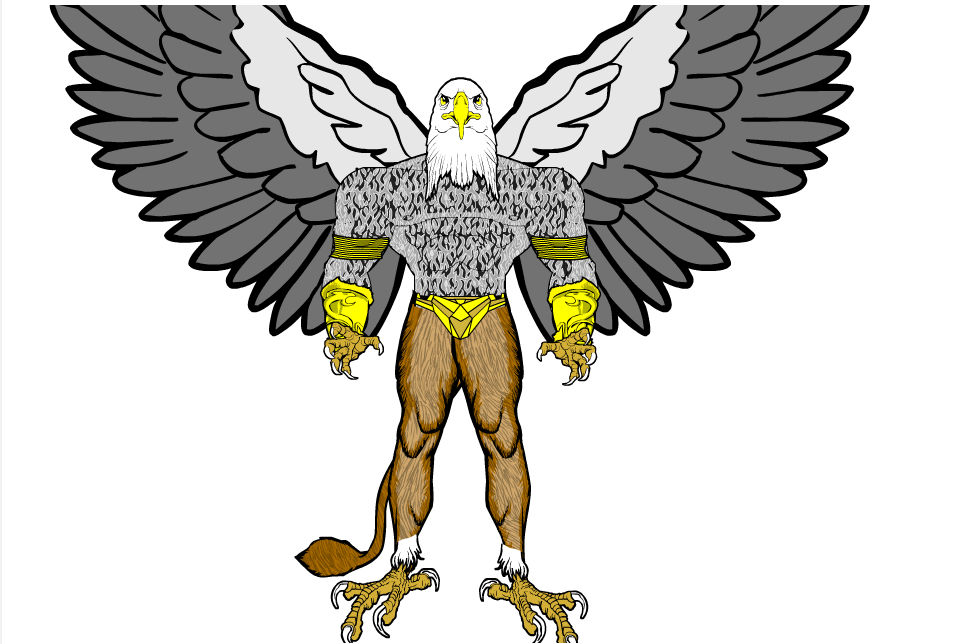