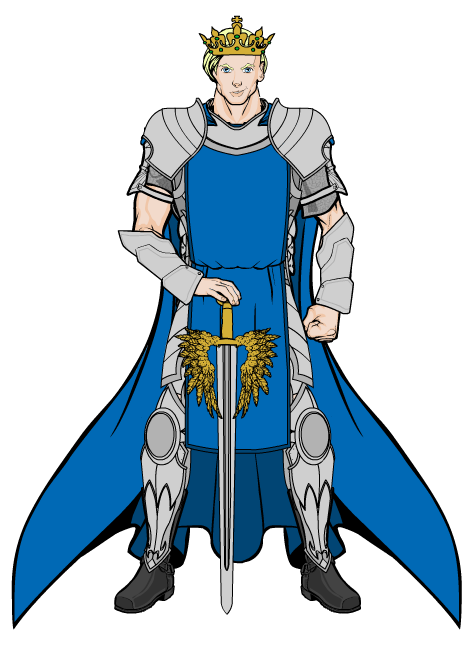 Crown Prince of Doredain and heir to King Alain, Prince Wilhem was born into a position of power and privilege and has only been given more of both as he aged. But that was never enough for Wilhem. Power-hungry, Wilhem is a schmer, cunning and conniving, adept at making alliances and betraying them at a moments notice. It is no secret within the court that Wilhem desires the throne, even his father knows, though the revelation troubles him greatly. But the King is deathly ill and cannot hold back his sons ambitions for long (and if you believe the whispers of the court, the King’s illness may not be as natural as it first seems). Wilhem has already made an alliance with the Church and with open rebellion brewing, Wilhem has good reason to take control of the military from his ailing father. Only the Lords could really have the power to oppose him, but they are divided and more loyal to themselves than to the King, it is unlikely they would care about Wilhem’s ascension. Still, Wilhem fears them, they are a threat, a variable that he cannot control. But the Lords have many enemies, so perhaps a common rebellion may kill two birds with one stone.