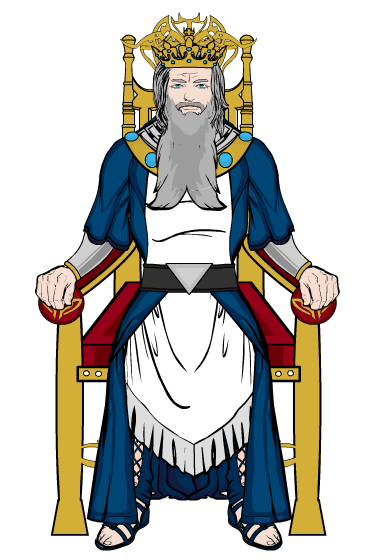 For half a century, King Alain has sat on the throne of Doredain, the latest in an ancient line that has ruled Doredain for almost as long as there has been such a country. And in his youth he was every bit as you would imagine a King to be, charming and urbane with a commanding presence, heading a court that both feared and respected him with deft political manuevering and leading his knights into battle to defend the kingdoms borders from invasion. But that was a long time ago now. Ailing in his later years, the formerly glorious King now can only watch as the Church gather much of his former power to themselves and his Lords become more and more preoccupied with their own matters than matters of the state. But despite his worsening health, Alain will not leave his kingdom without a fight. He has an heir, but he does not see his son as being ready for the throne, despite his protests otherwise. And now with rebellion brewing in the East, he sees his chance to either regain some of his former stature or die in glorious fashion trying. After all, a King should die in battle defending his realm, not in his bed of sickness and old age. But the question still remains as to whether he will see this next war start, and if he does, whether there will be a kingdom left for his heir to inherit by the end?