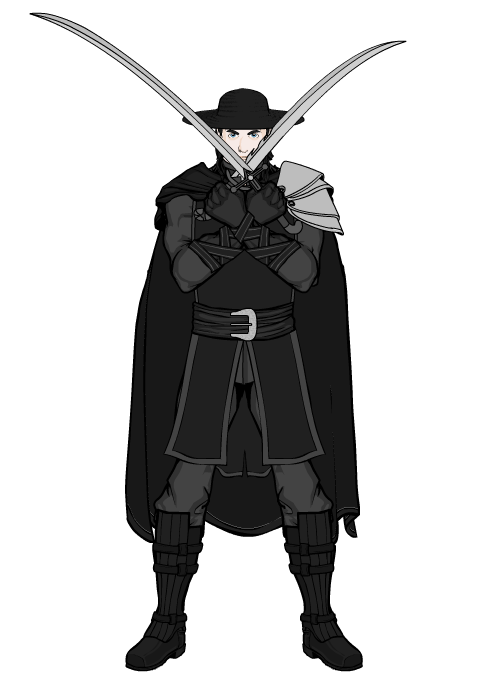 The right hand man to King Alain, Gothartd is one of the most powerful men in all of Doredain, but you would not know it by the way the man acts and speaks. A humble man, Gothartd started his service as a squire, becoming a Knight of the Realm after a long apprenticeship. He fought in the Border War with great distinction and it was during that war that he was thrust into the position of the King’s Blade. The King was conducting an inspection of his Knights at the garrison where Gothartd was stationed and it just so happened that an enemy spy had infiltrated the garrison as well. Seeing his opportunity, the spy attempted to assassinate the King and it was only by Gothartds quick reactions that the King was saved. To reward his saviour, the King added Gothartd to his personal entourage and, despite his lowly beginnings, Gothartd soon garnered more and more favour. Practically immune to the politics and duplicity of court life, Gothartd is straightforward, reserved and, above all else, loyal, utterly devoted to the King and his kingdom. He is the last line of defence of the kingdom, personal bodyguard to the King himself and willing to cross swords with anyone who should threaten his master. But King Alain is growing old and his health is deteriorating. The Lords bicker and fight, more interested in themselves than the kingdom, the Church and its Archsage gather more power around them and the King’s most likely heir; Prince Wilhem, well, Gothartd does not favour him when compared to the Prince’s father. Duty is duty and Gothartd will follow whom so ever weareth the crown, but he cannot help but feel a great sense of unease.