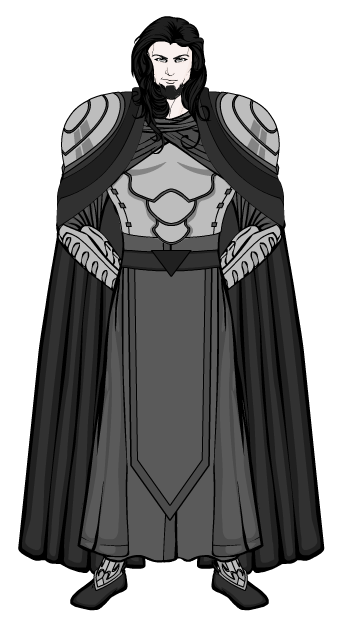 One of the four Lords of Doredain, Alvarard has dominion over the north-eastern region of Varaen and the great city of Paeltovar, nestled in the icy mountains that give the region its name. The most reclusive and secretive of the Lords, Alvarard did not come into his position through wealth or military might, he was born into the lineage of the Lords of Varaen and had to survive long enough to inherit his title. Surviving multiple assassination attempts before he was even 10 years old, Alvarard knows that in order to survive, one must strike before the enemy. As one might expect, he is the last of his family still alive. At face value, Alvarard is probably the least tyrannical of the Lords. He shows little interest in governance, prefering to allow local authorities to handle the day to day running of the region. But don’t be fooled. Alvarard is far from a benevolent Lord. It is in his private residence of Foegnear Castle, high up in the Varaen Mountains, that his true interests become clear. You see, the trials and tribulations of Alvarards youth led him to a twisted philosophy of survival of the fittest. Only those who are able to survive are worthy of life, those who have the most get to survive whilst those who have nothing obviously don’t deserve anything. But even beyond that, Alvarard became obssessed with his own survival, his fear of death driving him to near madness. He began to see assassins in every corner, believing that every person he saw that he did not recognise (and even some he did) was there to rob him and kill him. Eventually, this madness saw him turn to magic and he secretly started conducting horrific experiments on kidnapped commoners, trying to find a way to improve the human body in both physical prowess and longevity. Most of those experiments just left mangled corpses or twisted, malformed wretches that are thrown into the pit to die. Very few come out of Alvarard’s Castle and, alongside their master, they are the most monsterous of all.