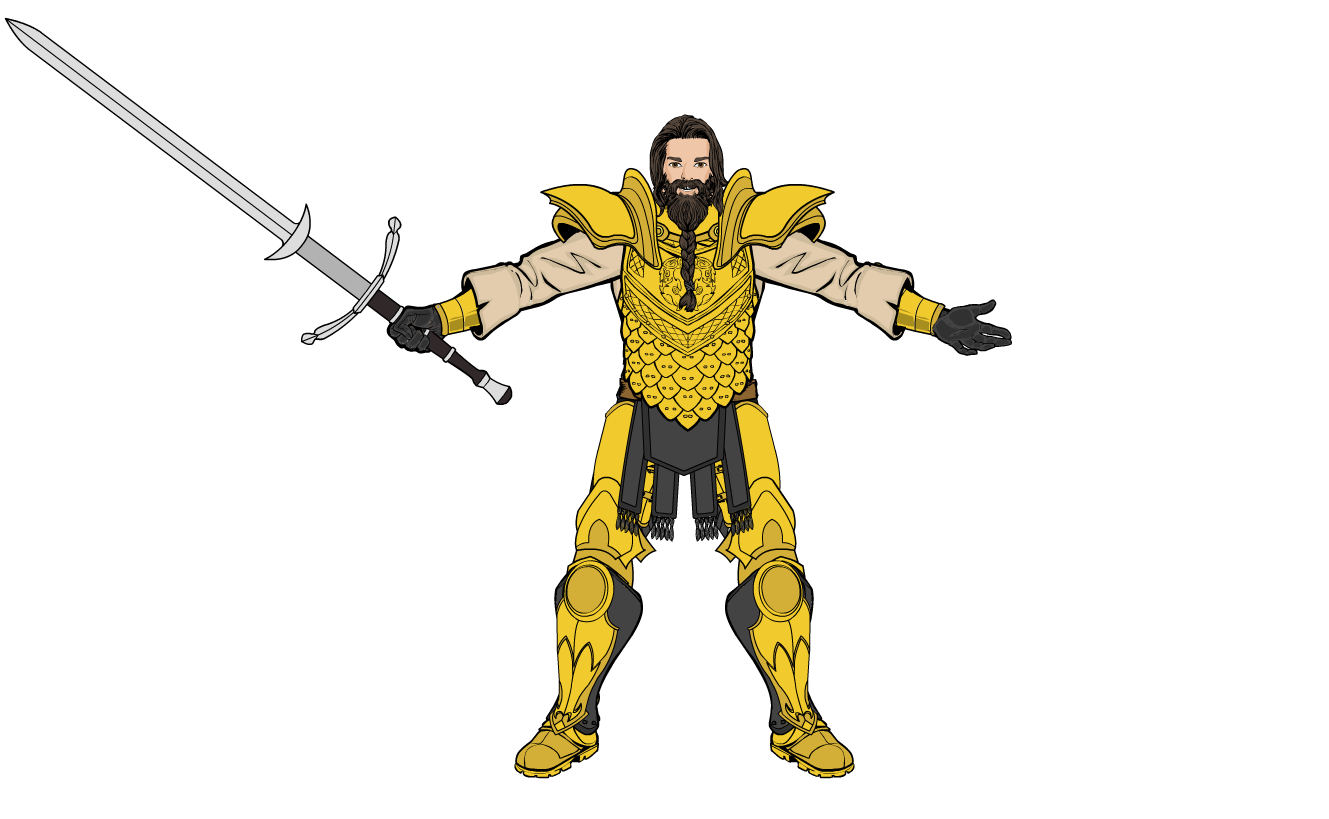 A giant in every sense of the word, Gorom’s size is matched only by his personality and heart, as well as his devious sense of humor. Though his size belies a gentle heart, it is unwise to take Gorom lightly, he is beast on the battlefield, and it is in  combat that Gorom’s true heritage may come to light. The Lords of the City of Lindeloft, the greatest port in Doredain, are famous for many things, their drinking, their bravery, their golden armour and dipping their enormous zweihanders in oil and lighting them aflame before battle, a technique which could cause chaos amongst the ranks of their enemies through a combination of fear and burning flesh. It is a technique that Gorom knows all too well, though Lindeloft is far, far away from where he finds his current home, and his return is to be met by death, as decreed by Adjudicator Urael, the City’s current “Lord” and steward.