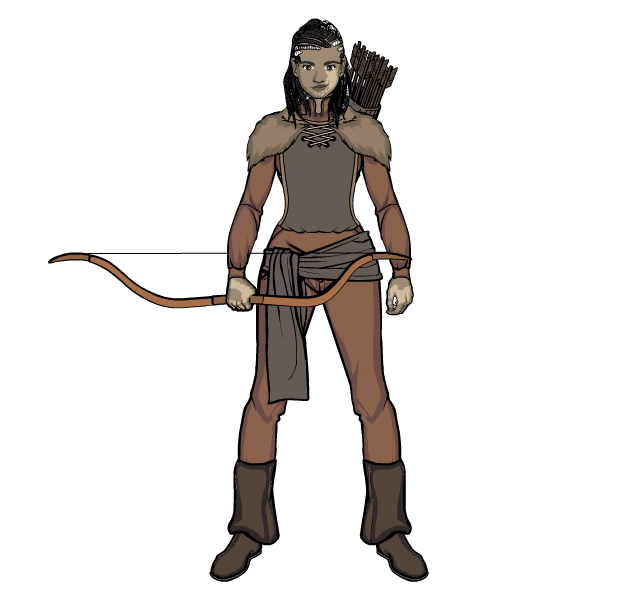 The leader of a small village of Maethvale in the beautiful forested valleys of the north-west of Doredain, Amaris is compassionate, intelligent and, most of all, tough. After all, she has to be. Maethvale might be picturesque but it is also poor and situated right next to the city of Alva, home of one of the four Lords of Doredain, the Mayor of Alva. The nobility of Alva see Maethvale as little more than a resource, to be used and exploited for all it can give, whether it be crops and meat in tithes or money (what little there is in Maethvale) in taxes. If the duties levied are not met, then the soldiers of Alva will come and take what they please back to the city, leaving the people to starve if needs-be. It is in this environment that Amaris was raised and it was in this environment that Amaris lifted herself to the forefront of the village. She has tried playing politics, to some success, but she knows that the only way forward for the village is not capitulation but action. They just need a bit more strength.