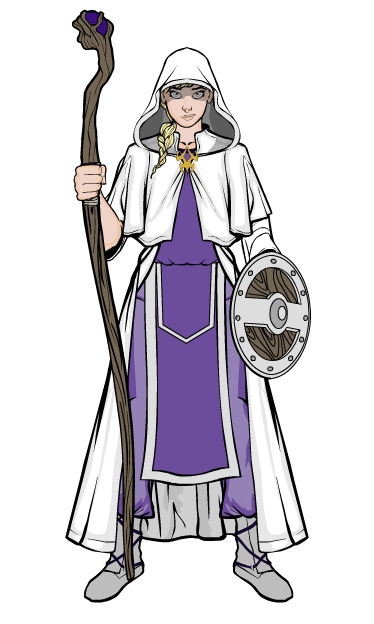 In the land of Doredain, there is a precarious balance of power between the practitioners of magic and the adherants of faith and their miracles. The Church hold huge sway over the kingdom and views magic as heretical, often using its influence over the Lords of the land to purge magic from Doredain, something which the current Archsage of the Church, a man called Yanvalis, takes great pride and pleasure in enacting in brutal fashion.

However, there are lands beyond the borders of Doredain where magic is far from persecuted, and those of intreped mind and a thirst for arcane knowledge often risk the travels to these lands from Doredain, even going against the laws of the land to do so. Klara of Wyteoak is one such person, leaving her hometown in the north of Doredain to travel far to the south and east to learn the secrets of sorcery and the arts of transfiguration, one of the many branches of magic supressed by the Church. She claims that magic truely saved her life and has now returned to her homeland, risking death should the Church find her, to try to rally a rebellion against the Church and the power of the Lords.