Well, been a while. Since I posted I mean. I’ve still been around (who do you think has been getting rid of all the spam threads and comments?), but had a lot (A LOT) going on, which I won’t get into here.

Anyway, done a thing. Was originally trying to get this done for the 500th contest, but didn’t have the inspiration at first, started it too late and ran out of time. Oh well. 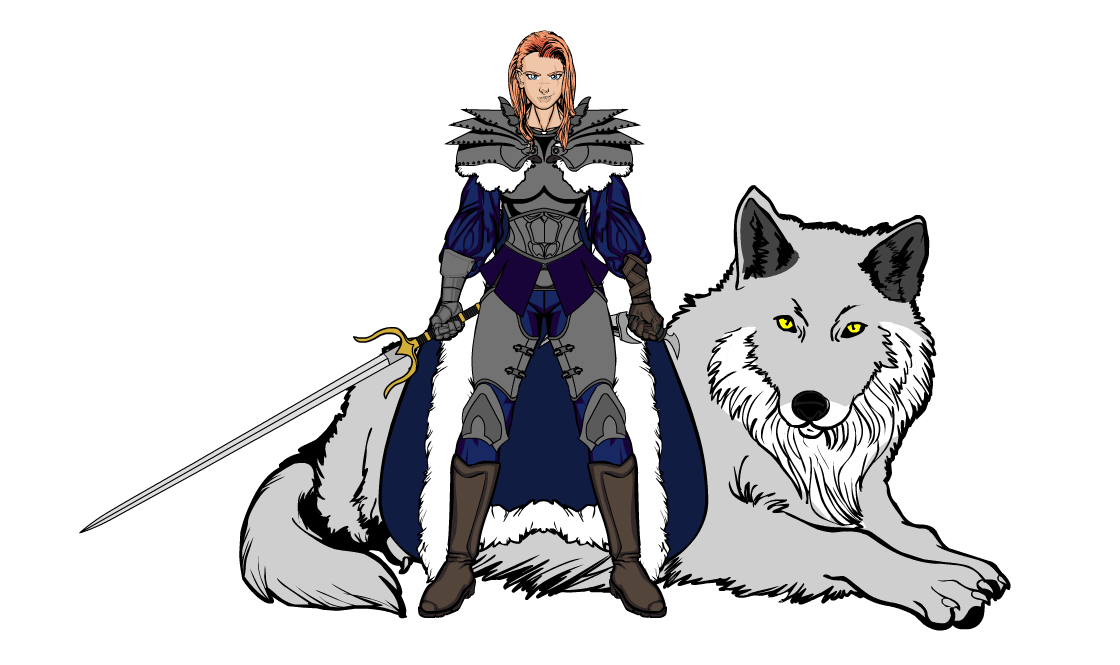 Once a member of the proud mercenary Legion that calls the forests and marshes of the Rhunmark home, Saria was raised in the Legion to be a fearless and merciless fighter. It is unknown why she was outcast by the Legion, it is rare for the Legion not to kill those who go against their esoteric code, rarer still for deserters to be allowed the luxury of escape, as they are usually (by all accounts) dragged back to the Legion’s Keep at Baro Ilhun to be displayed on the stakes that line the ramparts. Whatever the reason for her exile, Saria is unlikely to tell. Unable to return to Baro Ilhun and no longer safe in the Rhunmark, she wanders the rest of the kingdom of Doredain. Despite much of the population shunning her out of justified fear of the Legion, her travels are made more bearable thanks to her companion, Thruer, one of the last remaining Greatwolves of Doredain.