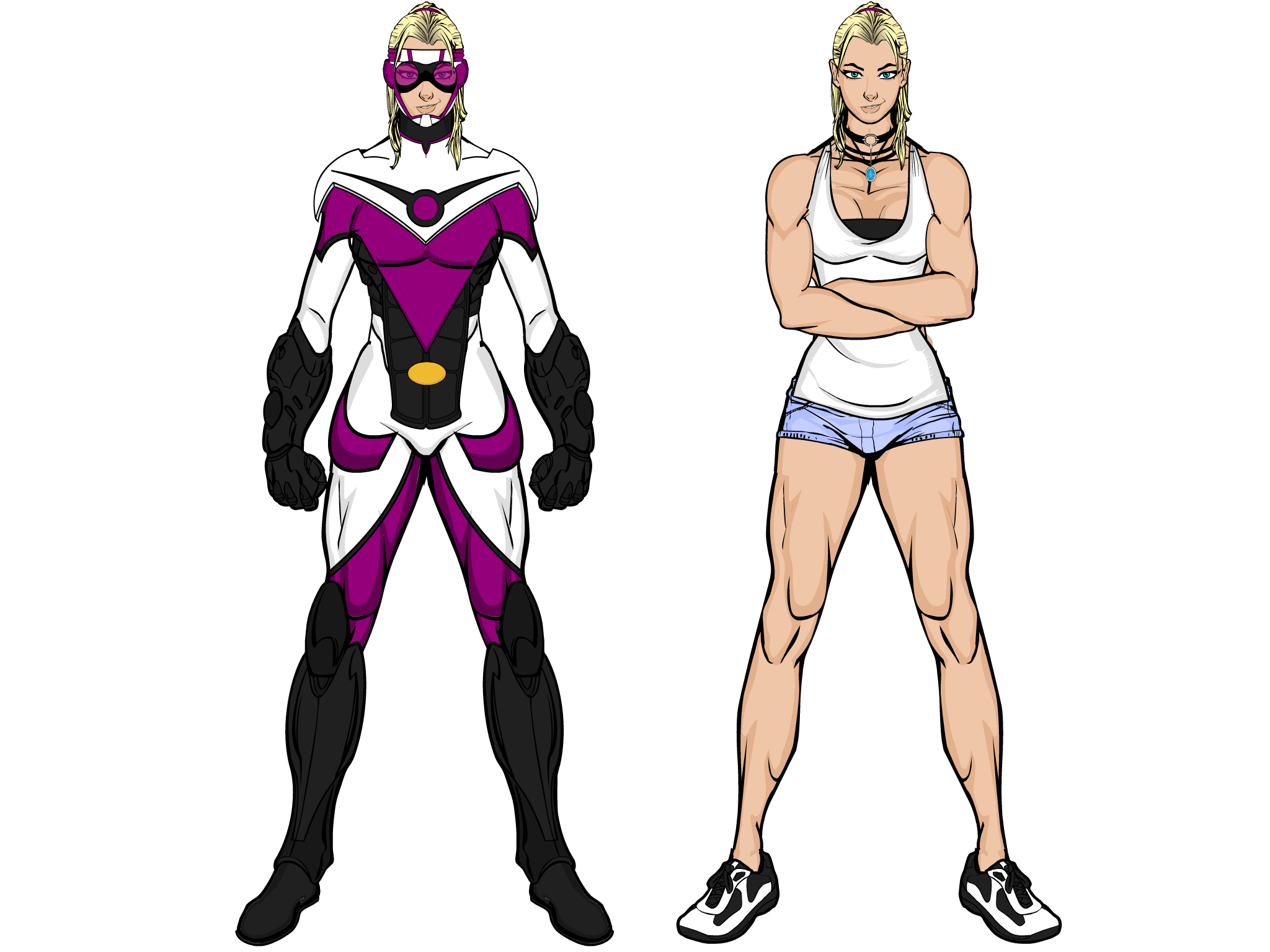 Smart, brave and reliable, Madison Macbride was always the kind of person who would go out of their way to help someone, even before she discovered her powers. A basketball stand out in her teenage years, there had been some suggestions about her going pro before her powers emerged, after which she voluntarily disqualified herself from competing, believing that her powers would give her an unfair advantage. Since then she has become the superhero UltraSonic, using her speed to help as many people as possible.

Note: Madison is very good friends with Amy Avery (aka. Mach-10) and the two have a little bit of a rivalry going on as to who is the fastest. Thie question is somewhat difficult, as Amy would most definately be the faster of the two, considering that her theoretical top speed is 10x greater than Madisons, but that is air speed, with Amy being at her fastest at high altitudes. As Madison can’t fly, any competition between the two has to be held at ground level, which puts Amy at a distinct disadvantage; with turbulence and other air users (such as birds and aircraft) being a significant problem.