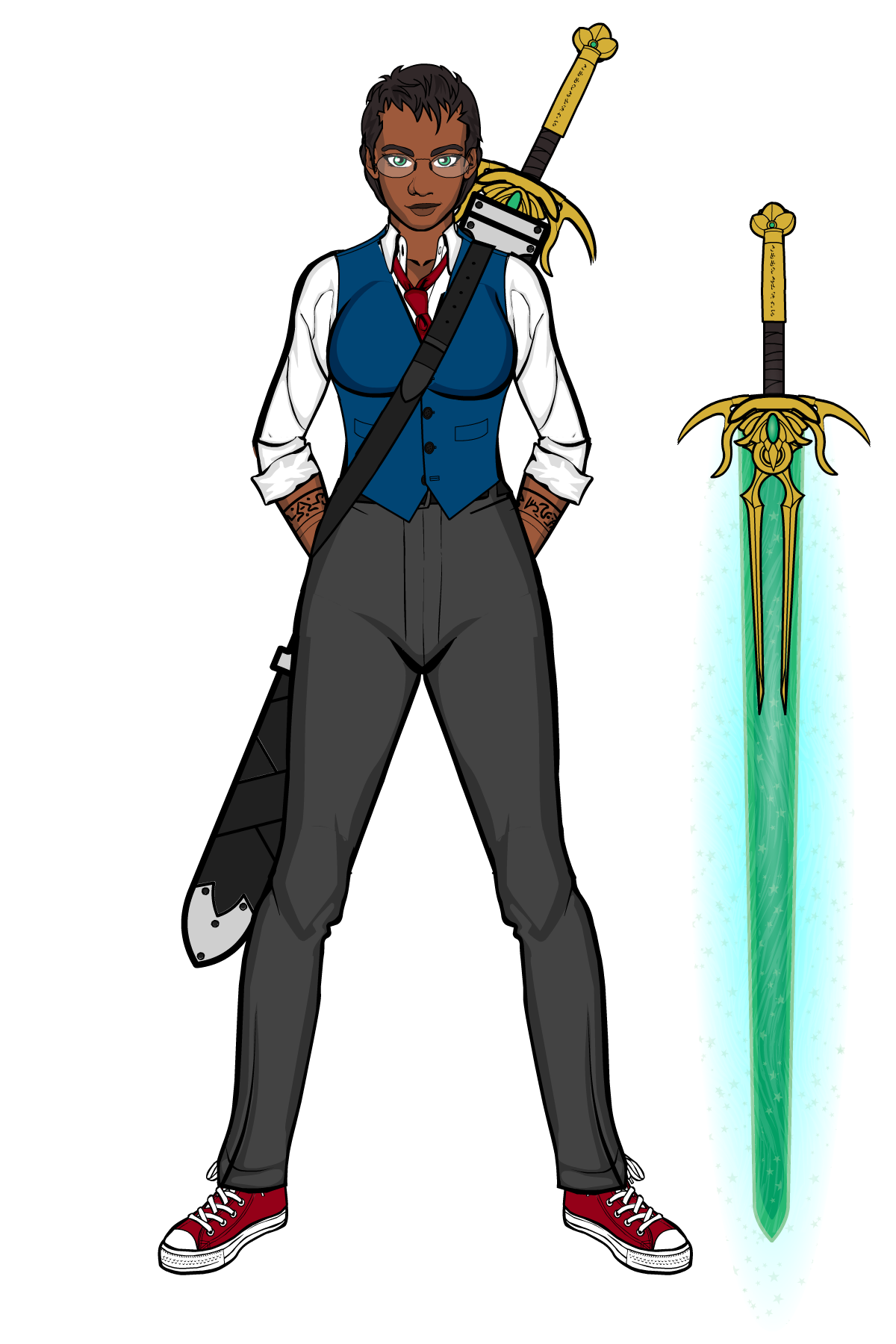 A young sorceress, Bethany Greenwood studies Lunar Magic, magic that channels the power of the moon to enhance spells and sorceries. Little did she know that her studies would lead her to find one of the great lost treasures of magic, the Moonlight Spellsword. One of the Spellswords created long ago by masters of various magical arts, the Moonlight sword, as one might expect, channels and augments Lunar Magic. Due to the Spellsowrds powers and rarity they are highly sought after in the magical world, and often the people seeking them do so for unsavoury reasons. With the sword in her possession, Bethany has gone from being an unknown apprentice to being one of the most well known figures in magic, but that has also put a target on her back.

Note: Even though the sword is almost as large as Bethany, it is surprisingly light and easy for her to weild. This is because the blade is made up of pure magic, which is essentially weightless, so the only weight comes from the hilt, guard and pommel.