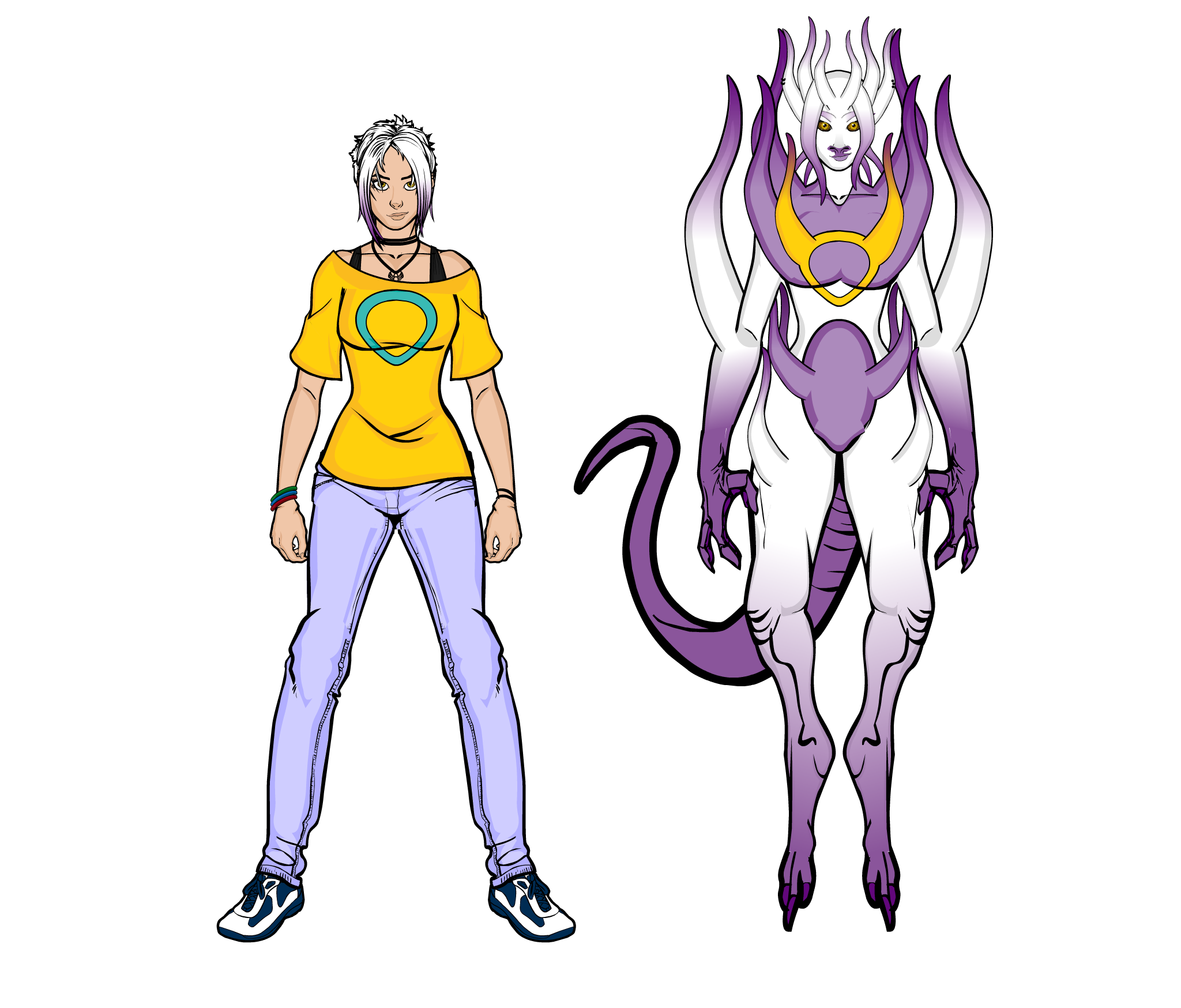 “Of all the alien life in the universe, few creatures are more mysterious and fascinating as the Alctas. So little is known about this species, even amongst the most knowledgable and well travelled alien races, that their existance is often called a myth. However, when a dead Alctas crash landed on Earth during the later half of the 20th Centruy, finally irrefutable proof of their existance has been found and studies into their biology could be conducted. That was the theory anyway, before the body started to decompose at an alarming rate. Efforts were made to salvage as much genetic material as possible, but very little was viable for research afterwards. And of course, humans being humans, their first thought was to weaponise it. Attempts were made to clone the Alctas using the genetic material, but direct one-to-one cloning attmepts proved to be unsuccessful. However, once the scientists on the project turned their attention to splicing the gene sequence into the human genome they found more success. They created 5 viable embryos by combining Alctas DNA with human embryonic stem cells, of which 3 survived. Which is where Levy comes in. As one may have already guessed, Levy was one of those test tube babies created using alien DNA. She was by far the subject with the most potential, having the ability to shift between a human form and a form closely resembling that of an Alctas (though not a perfect replication, due undoubtedly to the mixture with human DNA). She also has various abilities not seen in a normal human being, such as levitation, a wide variety of psychic powers (including, but not limited to; telepathy, telekinesis, astral projection, minor precognition, psychometry and emotional control of others), so, unless she was born superhuman alongside her alien DNA (something that is highly unlikely, but not impossible) this gives some insight into the abilities of the Alctas as a species. Unfortunately, Levy is no longer under observation. She escaped a few days ago. Though it is unlikely that she would do any intentional harm to others (her personality is not vindictive or agressive, generally more curious and empathetic) the unstable nature of her genetic make-up, coupled with a lack of social skills from being raised in general isolation as a scientific test subject make her reactions to uncontrolled exterior stimuli unpredictable and, therefore, potentially dangerous. This, combined with the fact that she is government property and still of use in study, leads to a recomendation of immediate capture. She is too valuable to be allowed free.”