So, after doing Barricade and Turbo Girl redesigns, I got inspired to do a redesign of Alex Cole, aka Strong Girl, because a) the body I used for Barricade just needed a few tweeks to be perfect for her and b) Strong Girl and Turbo Girl basically have the same powers so why not do both? Also, I seem to be doing a fair few musclular ladies recently. And my explaination for that is…. 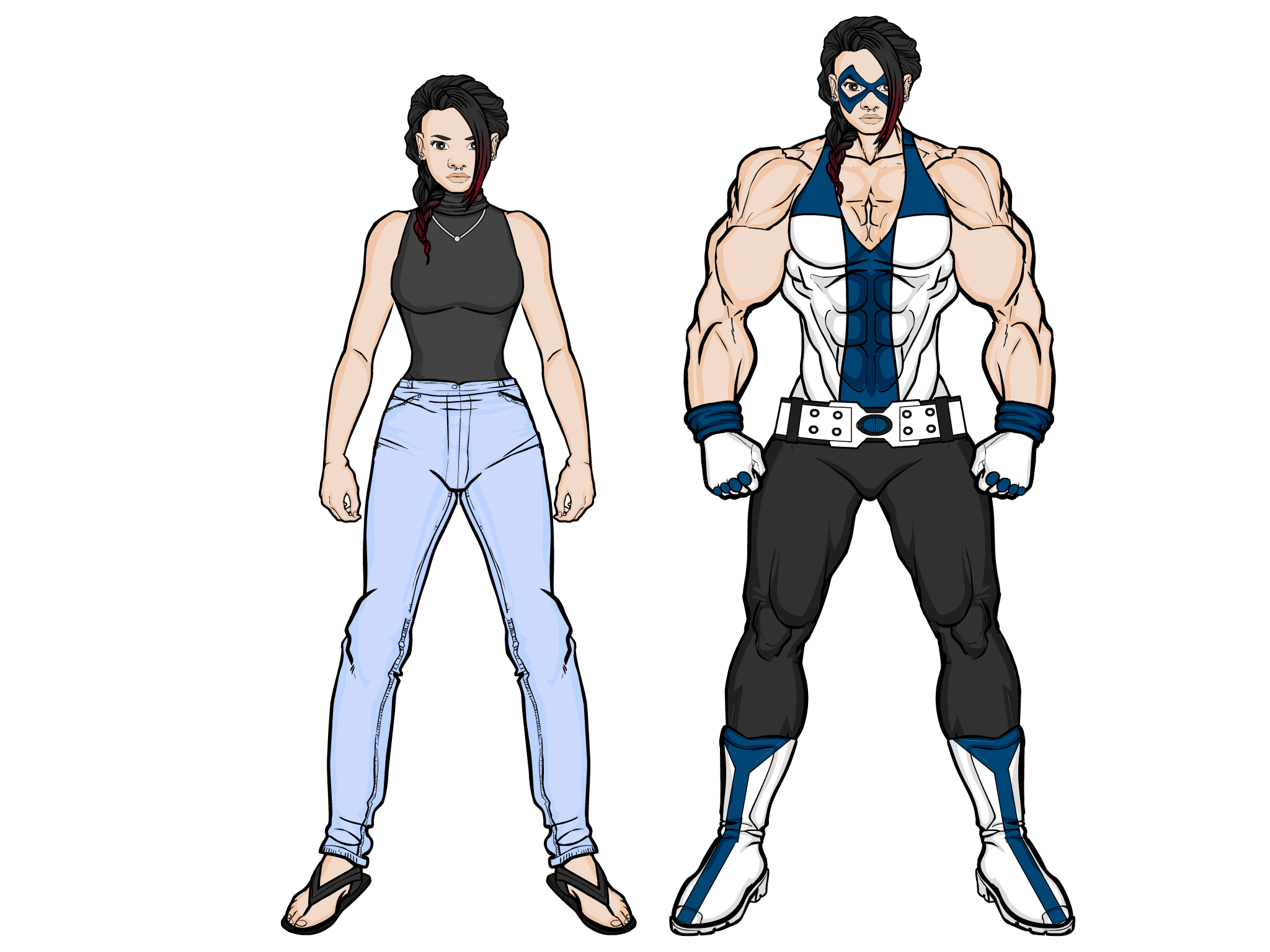 Much like Turbo Girl (who can absorb any energy and transfer it into kinetic energy for her own use), Alex Cole can absorb kinetic energy and transfer it into, well, strength. The harder she is hit the stronger she becomes and for longer. Due to the forces involved, it is fair to say she is also super-resistant to any kind of physical damage. Her skeletal and musclular structures are reinforced to the point where, even without any strength increase at all, she could probably survive having a truck dropped on her with minimal damage. However, one thing her body struggles to cope with is the constant height and weight shifting, which does seem to be having a degenerative effect on her bones and causing her no small amount of discomfort, even severe pain after returning to her normal size in some extreme cases. Because of this, she tries not to use her powers whenever possible and has tried to retire from superhero work, however (much like Turbo Girl again), Alex has no control over her powers and they are always active, so there is always the chance that they could be triggered. Also, being an ex-superhero means trouble kinda follows you where-ever you go, no matter how much you try to avoid it.