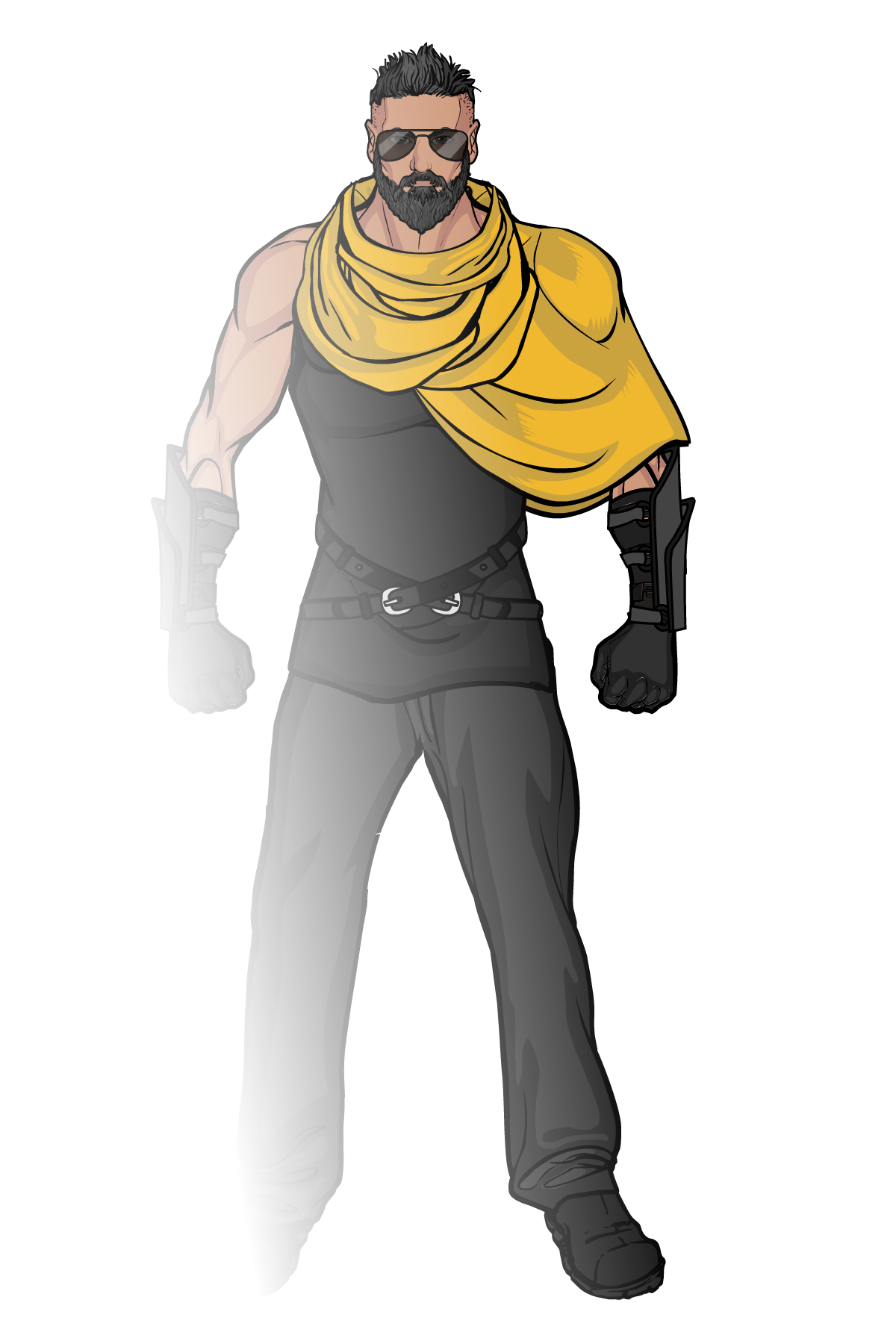 A Jordanian superhuman of Palestinian descent, Sadiq Al-Qadir (also known as Sarab (or mirage in English) due to his power to phase in and out of view like a mirage) is a man who tries to use his powers for the good of his people. For this, many brand him a villain, a superpowered terrorist who is nothing more than a threat hiding behind lofty ideals. But to the people he fights for, Al-Qadir is a hero and a symbol of pride that they can rally behind. In reality, he is both and he is neither, a man fighting for justice and peace in an increasingly injust and peaceless world.