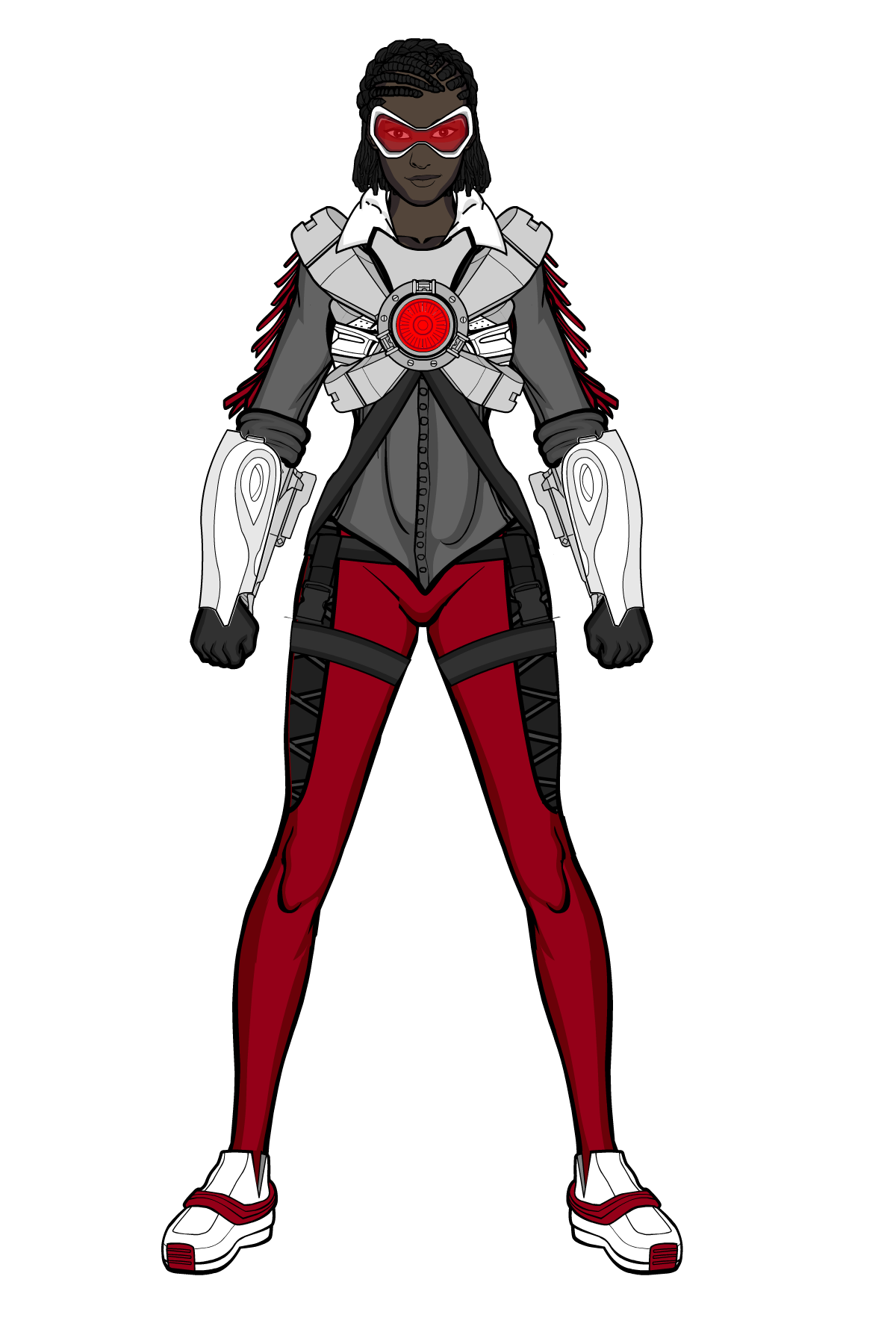 A former member of Strike Force Europe, Camille Mercier, aka Vélocité, originally took a step back from heroics after becoming disillusioned with how her team was opperating. Using her time off to travel the world, including Senegal and Haiti, countries she has close family ties to. However, when she returned home to France, the speedster decided to follow the lead of her former team-mate Melisa Meier and strike out on her own as a solo hero. Now quicker than ever, she has even come up with a way to store and recycle the energy she uses whilst running, utilising a special warp apparatus she wears on her chest. Using the energy stored in this device can allow her to use her short hop teleportation ability without needing to build up speed first, making her even more unpredictable in a fight.