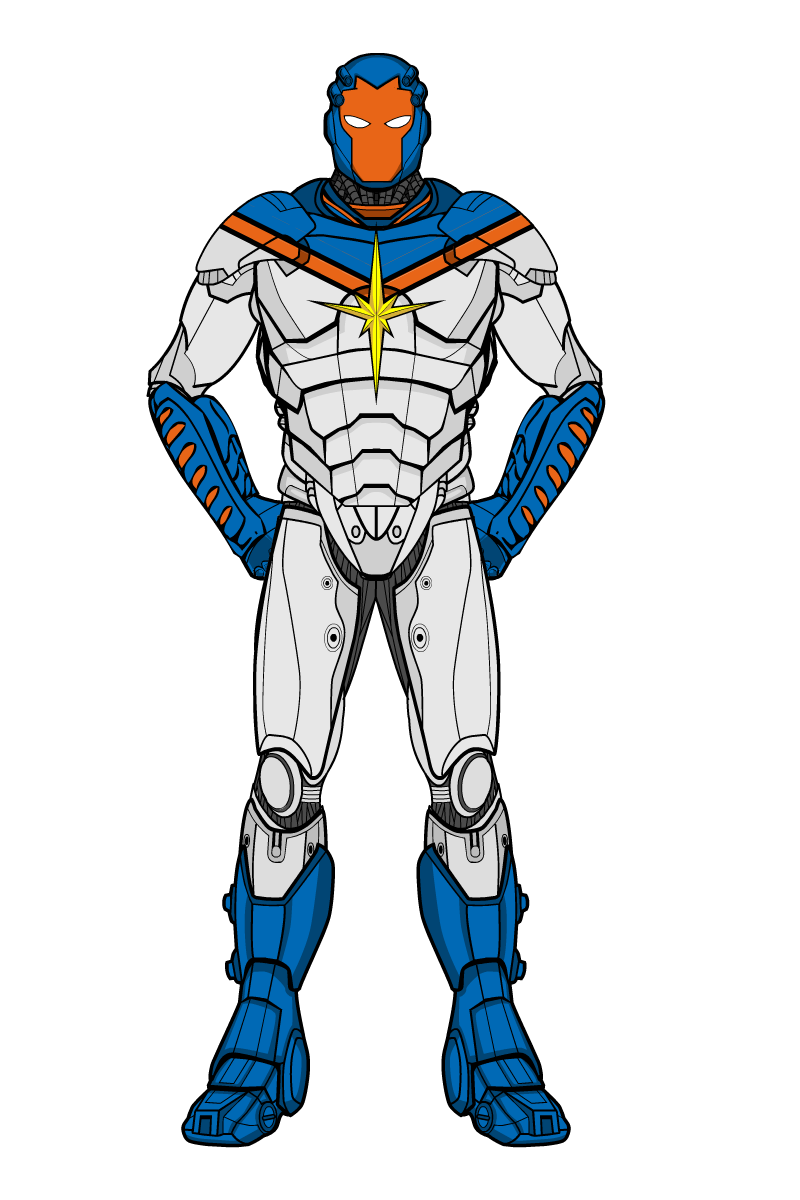 Alan Reeve, one of the richest men in the world, a multi-multi billionaire. A text book genius from a young age (he’s really good at stealing the credit for the work of much smarter and harder working people), Reeve started from nothing but a small fortune left to him by his unbelievably wealthy parents and built a huge business empire from the ground up using nothing but hard work, inspiration and a lot of other people to do those last two things for him because like hell is he ever lifting a finger to do any work, that’s what other, less wealthy people are for. Using his (parents) vast fortune, he created Reeve Industries (by buying out and conglomerating a number of pre-existing businesses through a combination of stock trading and illegal financial manuevers) and set to work changing the world using inspirational advertising and puff pieces in magazines (and union-busting, under-paying workers and calling first responders pedophiles). Of course, Reeve dabbles in philanthropy, through his own private charitable foundation (tax deductable of course and all through an investment portfolio that doesn’t actually have to make the donations immediately but wait for the portfolio to mature at some undisclosed point in the future, but is definately tax deductable right now), but he doesn’t make a huge fuss about it (except for making sure it is mentioned in every interview he ever does). However, Reeve still didn’t feel like he was changing the world enough, so he decided to become a superhero. He invented a prototype flying armor suit (by plagerising the work of someone else and then getting someone with actual talent to build the thing and then firing them so he didn’t have to pay them employee benefits) and painted it up in Reeve Industry colours with their logo slap bang in the middle of his chest so everyone would know just who was saving them (of course, the announcement of Reeve’s new superhero persona also saw a huge boost in Reeve Industries stock prices). Reeve decided on the alias Megastar, because Superstar was already taken and he had to be better than just some small time shmuck who’d been saving the world since she was a teenager. Now, with his new superhero identity and billions in the bank, Reeve can set out to right all the wrongs in the world (which too be honest he probably could have started by sorting out all of the labour violations, child labour and poverty wages from his companys supply line subsiduaries and sub-contractors, oh and maybe paying his taxes and stopping pumping toxic gases into the atmosphere from the production of his vanity project electric underground hyper-speed poor-people-commuting-avoidance shuttle). Of course, what Reeve considers “wrong with the world” might not be exactly what most people would (but it’ll definately make him an obscene amount of extra money, which, let’s be honest, is exactly what is wrong with the world, Alan Reeve doesn’t have even more money).