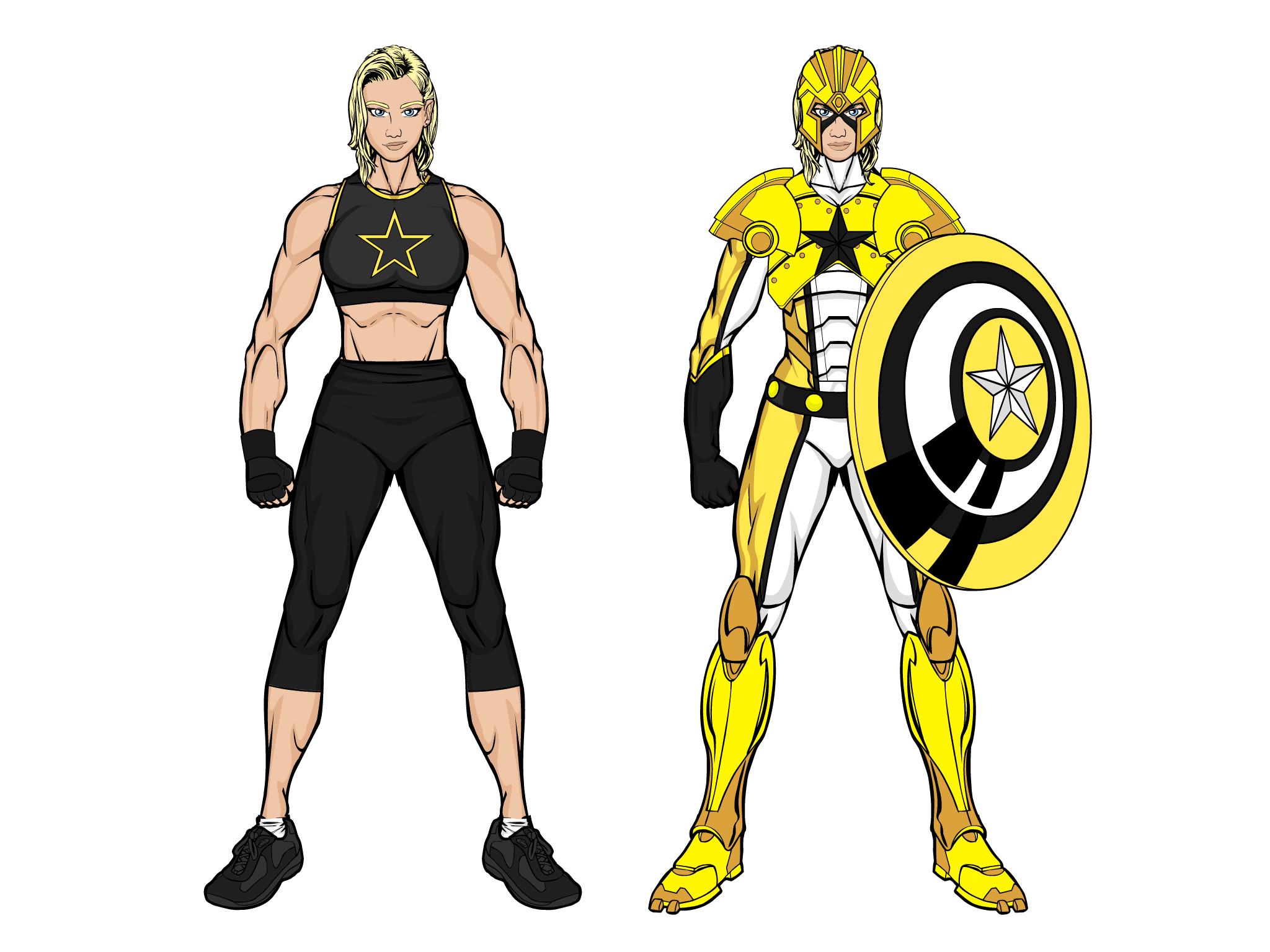 Granddaughter of World War 2 era superheroes The American (Walter Collins) and Miss Liberty (Mary Carter), Isabella and her brother Thomas grew up with stories of heroic exploits and daring deeds. Considering her grandparents status in the superhero world, she would often find herself meeting various members of the superhero community through them, including her idol The Golden Guardian (Ryan Dawn). As one might expect with such an upbringing, Isabella and Thomas both dreamed of being superheroes. In their teens both started to show signs of powers beginning to develop, so they began to train with their grandfather. Whilst Thomas would take up the mantel of The American in tribute to their grandfather and revive their grandparents superteam, Team Supreme, Isabella would go in a different direction. She instead took up the mantel of the Golden Guardian in tribute to Ryan Dawn, who had passed away some years prior. Isabella may be superhumanly strong, but it is her fighting skill that makes her a formidable hero. As well as training with her grandfather, she also trained in many different fighting styles from across the globe, seeking out and learning from any expert or teacher who would train her. This, combined with her astonishing reflexes and fitness level would make her a tough opponent even without her strength, but with it… well, she’s not someone that all but the toughest of supervillains would want to face.