Here is the next of Alex’s siblings, Epsilon, AKA Eddie Nelson. The organization messed with his genetics in the hope of giving him superhuman speed. They did succeed in giving him short bursts of superhuman speed, which often comes across as superhuman reflexes, but with a cost. Eddie is temperamental and prone to rash outbursts. He also has a tendency to go overboard in his violence. He is the sibling most likely to attempt to kill Alex on a whim. After the organization fell, he became a mercenary. It is only a matter of time until his recklessness and short fuse get him killed though. 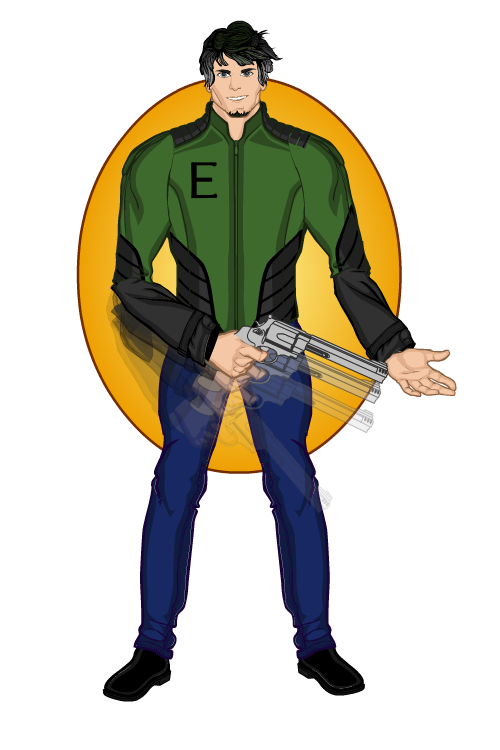