Here is Luther Cross, one of SPARO’s top operatives and often field commander. Luther has the ability to control magnetic forces. He was once a hero who fought crime with his wife who had superstrength. The two of them had rings made of an indestructible and magnetic metal as a sign their love could not be destroyed. His wife was murdered by a supervillain with a death ray and all that was left was her ring. Luther went a little mad and used her ring to murder the supervillain.

SPARO offered him a commission instead of jail time and Luther became one of their best soldiers. His years of experience as a hero led him to become team leader on their missions. He is one of the more lethal members of the squad, the ring flying around like a remote controlled bullet. 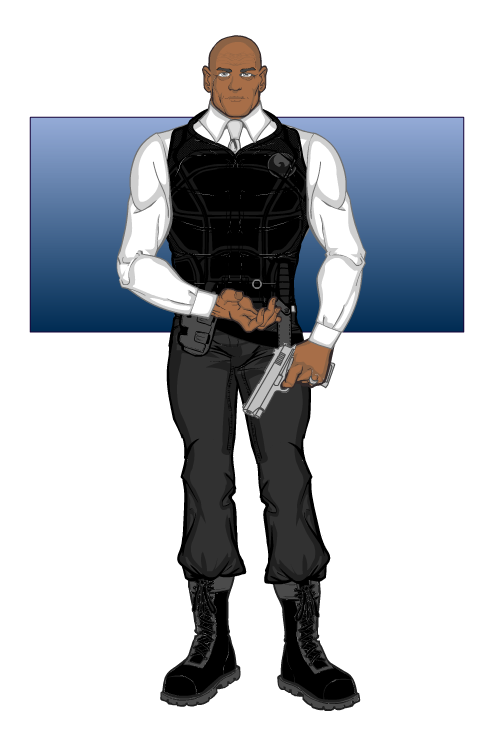