Anyway, moving away from Lili and Danni stuff and back to the SRC.

Last year I posted this character (who you can find on page 121 of my gallery) as a secondary character for the SRC. Well, as I’ve revamped the SRC since then, I thought I’d revamp her as well (well, revamp her beast form, because I wasn’t all that happy with it, her human form didn’t need any changes, other than a costume update). I thought I’d also take the chance to introduce her younger siblings as well, as I mentioned her family (most notably her brother, pictured here) in passing last time out. 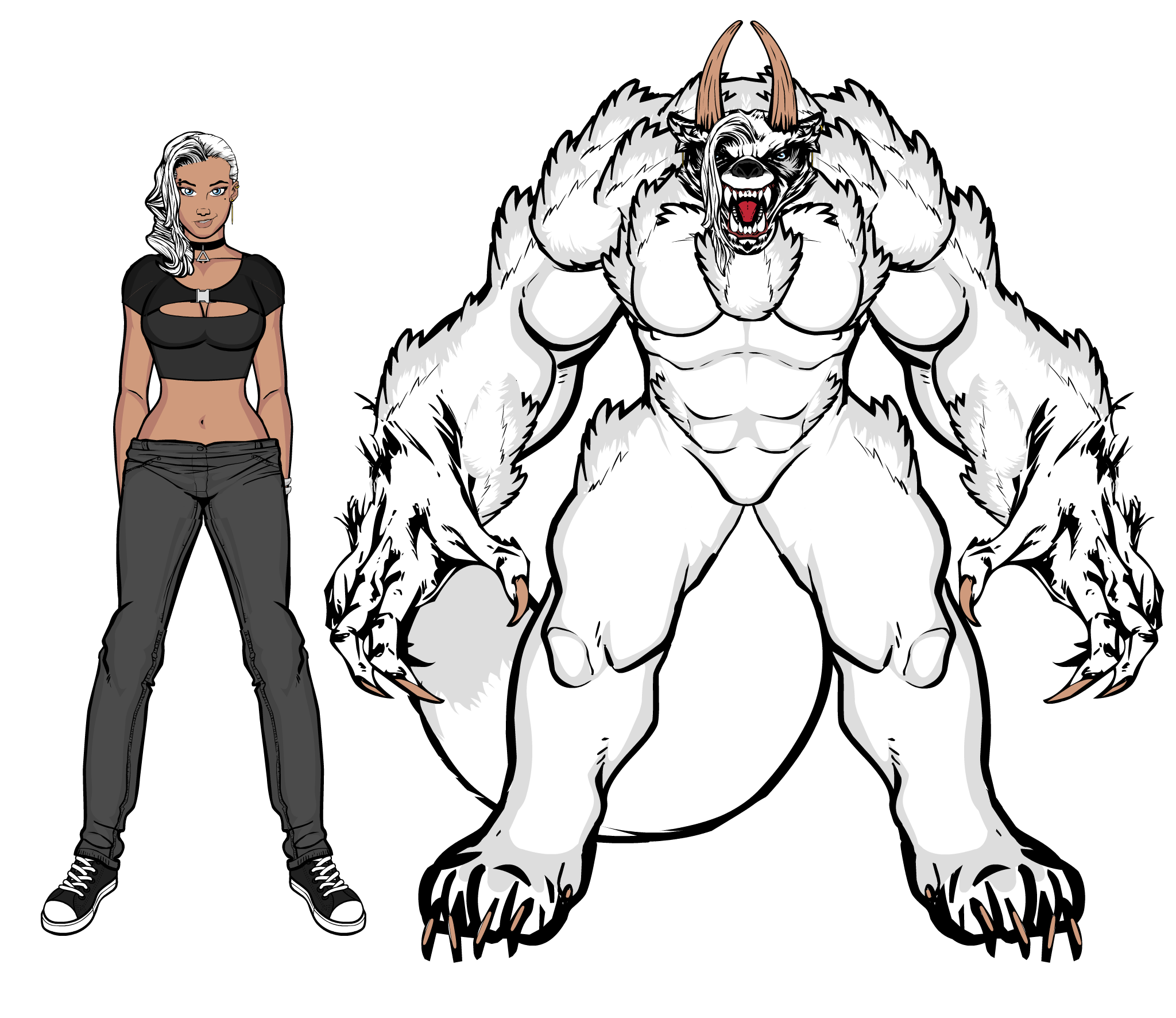 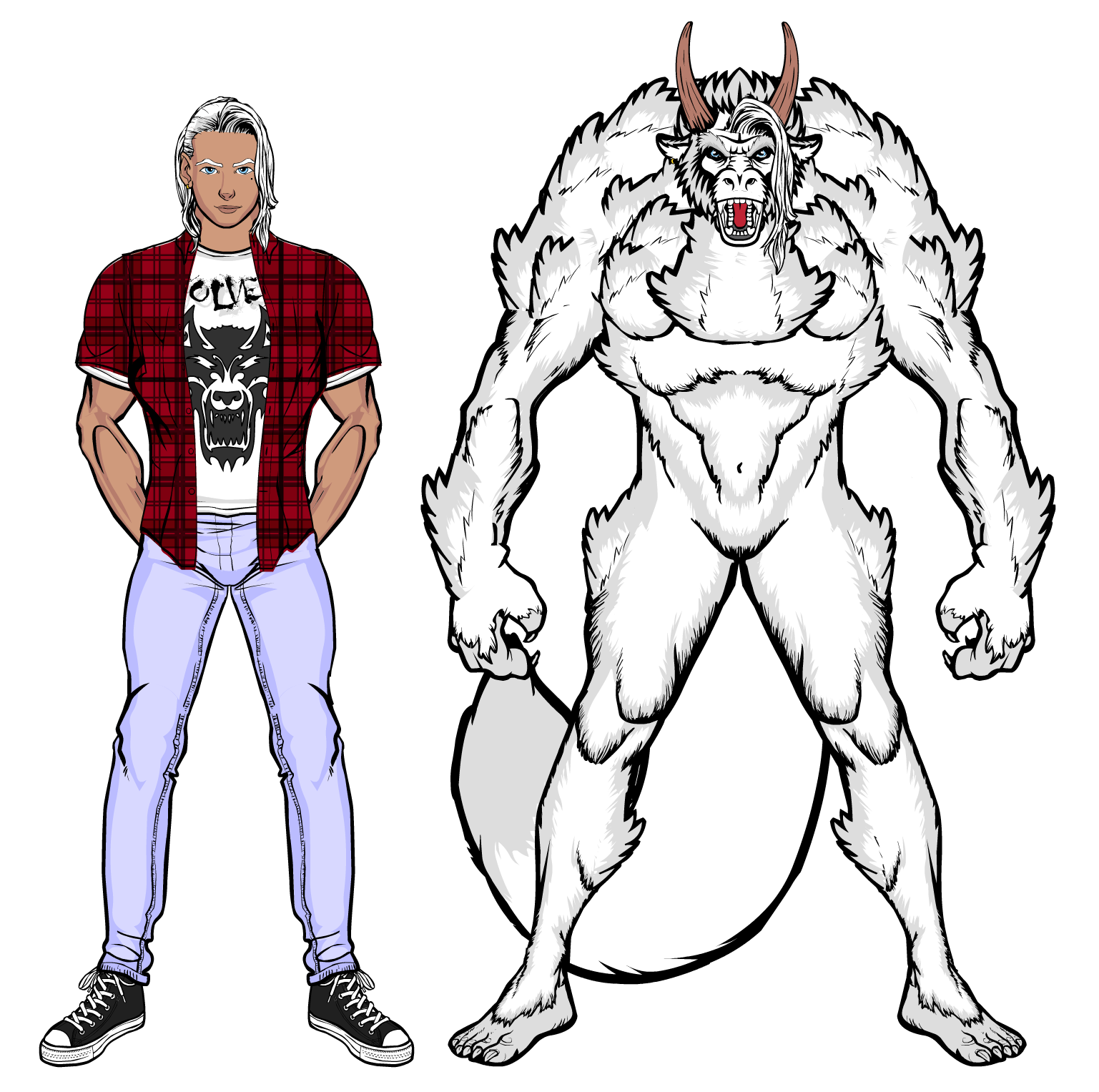 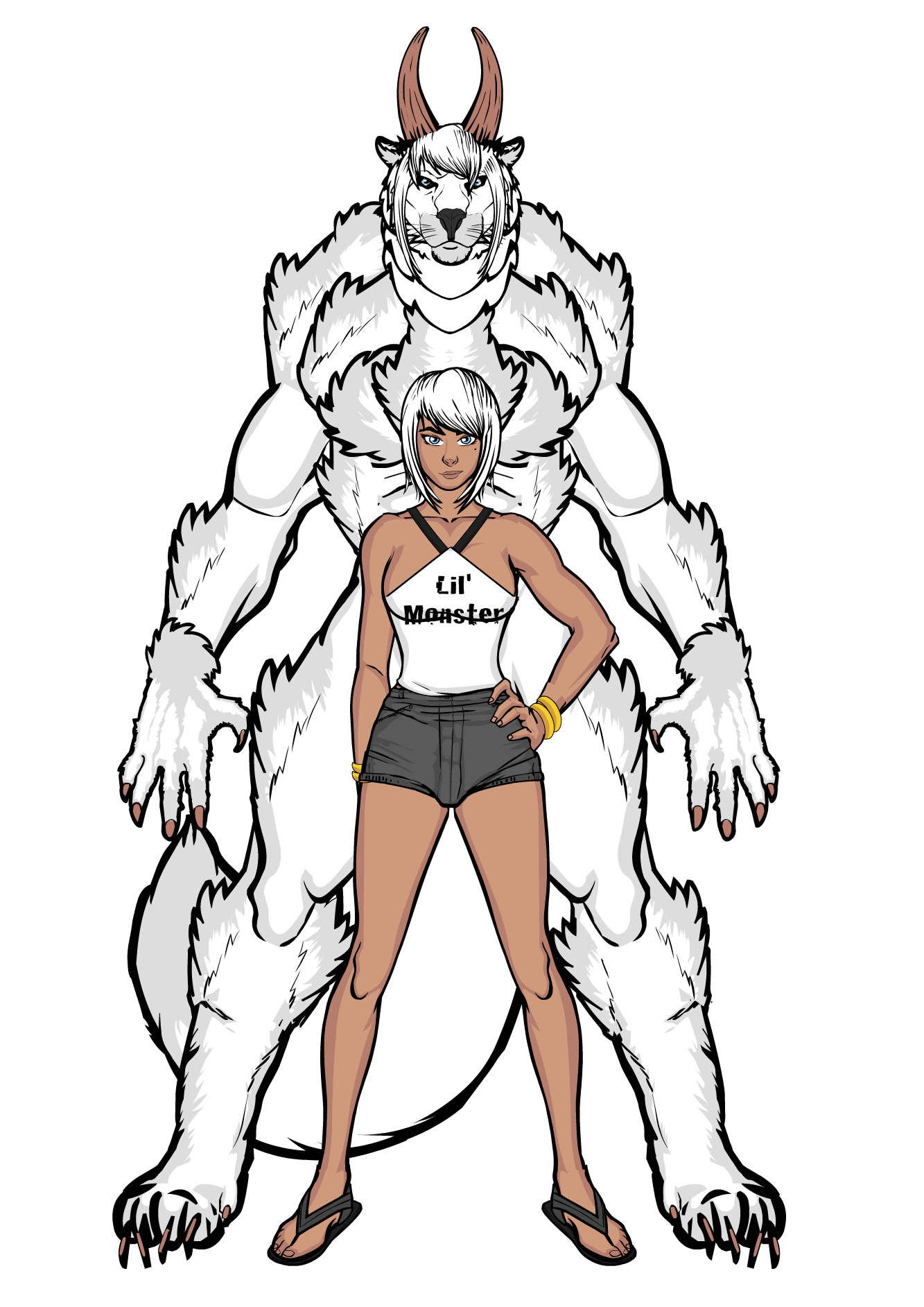 The Harvey family are known for their shapeshifting ability. Each member of the Harvey family is able to take on some of animalian alternate form (known as a anima), each family members form being unique to them, only sharing certain noticable simularities, which include their horns, white fur and blue eyes (the later of which carry over from their human forms and their hair is white in human form also). It is unknown how her family gained their unusual ability, but family lore claims that the ability stretches back over 10 generations, possibly further, meaning that if the ability isn’t natural, it is most likely down to magic. What we do know is that when in their anima form, their strength, reflexes, endurance, speed and senses are increased in accordance to the abilities of the animals that their anima has traits of (so an anima with traits of a bull would have greater strength than an anima with traits of a wolf, for example), whilst also gaining a notable resistance to magic (making the magic origin theory more plausable). It is also interesting that, without fail, the female members of the family always have larger anima than the male members and, in fact, the family does tend to have mainly female children (whether this is connected to their abilites or is an entirely unconnected coincidence is another unknown).

The family are generally neutral, prefering to keep to themselves and stay out of trouble. Some of the younger generations have been known to get noticed by authorities however, especially the children of Landon Harvey. This trio consists of the eldest; Cameron (whose anima takes on traits of a bear and a wolverine), Keegan (whose anima is primate-like in many of its traits), the middle child, and the youngest; Rowan (whose anima has many traits of various big cats, most notably a lion). Cameron and Keegan always had a typical brother-sister relationship, they would annoy each other, get into fights, be ultra competitive, you know, sibling stuff. Keegan has always been self-concious that his anima is smaller than either of his sisters (even though this is true for any male member of the family) and Cameron doesn’t ever let an opportunity pass to remind him of the fact. Keegan often tries to make up for his self-percieved shortcomings by being reckless (he has transformed whilst drunk before, which will invariably cause a panic if he does it in public), an it’s often down to his sisters to reign him in. Rowan never gets involved in her siblings squabbling and usually puts an end to things if they both get too out of hand (despite being the youngest, Rowan has the largest anima of the three and is almost as strong as Cameron and quicker than either).